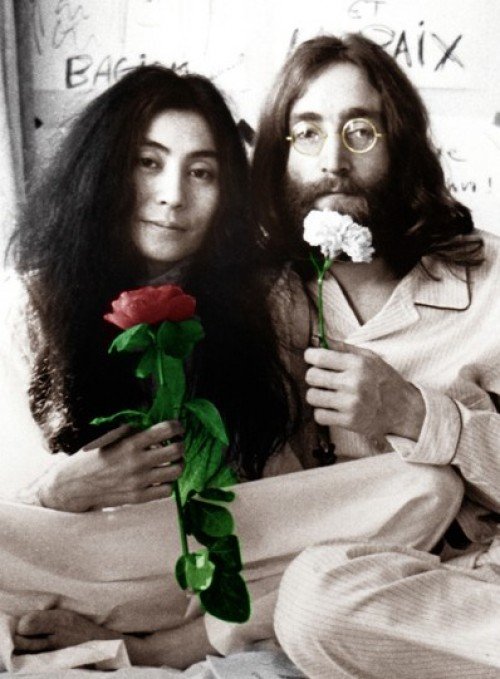 On October 9th, 2012, in Reykjavik, Iceland, Yoko Ono will give the Biennial LENNONONO GRANT FOR PEACE to five activists. This day also celebrates the birthday of John Lennon and his son Sean.


These are the names of the recipients of the grant of 2012, with Lady Gaga’s name now revealed:

LADY GAGA
“LADY GAGA is one of the biggest living artists of our time,” Yoko says; “she is not only an artist, she is also an activist, using her art to bring better communication to the world. She is being acknowledged for her activism, and how her album “Born This Way” has widely changed the mental map of the world. And how it has made us deal with the future world, which happens to be here already.” 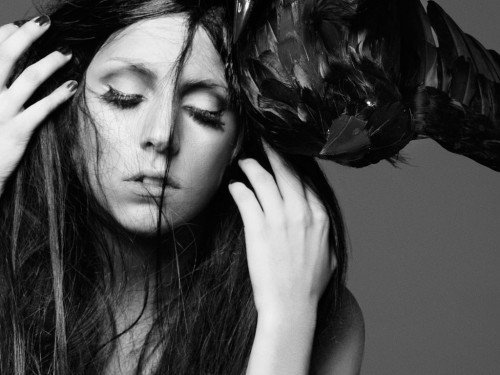 Lady Gaga will accept the award in person, and accept a charitable donation that she will in turn gift to the Elton John AIDS Foundation to support their work combating HIV among disadvantaged youth in the U.S.

Rachel Corrie –
RACHEL CORRIE American peace activist was a 23-year-old from Olympia, Washington, who was crushed to death by an Israeli bulldozer on 16 March 2003, while undertaking nonviolent direct action to protect the home of a Palestinian family from demolition. In the wake of her killing, the Rachel Corrie Foundation for Peace and Justice continues the work that Rachel Corrie began. The Foundation conducts programs that foster connections between people, that build understanding, respect, and appreciation for differences, and that promote cooperation within and between local and global communities. The foundation encourages and supports grassroots efforts in pursuit of human rights and social, economic, and environmental justice, which they view as pre-requisites for world peace.

Rachel Corrie’s parents, Cindy and Craig Corrie, will accept the award on Rachel’s behalf. The monetary prize will be received by the Rachel Corrie Foundation for Peace and Justice.

Christopher Hitchens
CHRISTOPHER HITCHENS was an author and journalist with a career that spanned four decades writing for many of the world’s most prestigious news outlets such as The Atlantic, The Nation, Vanity Fair, The Daily Mirror and many more. He authored twelve books and five collections of essays and was nominated for the National Book Award in 2007 for his best-selling book god is not Great which contends that organized religion is “the main source of hatred in the world.” Hitchens was known for his confrontational style which made him a widely controversial figure in the western hemisphere. He routinely took aim at divisive topics such as religion, war, world figures and international politics.

Christopher Hitchens’ widow Carol Blue Hitchens will accept the award on his behalf.

The monetary prize will be given to two charitable organizations, 826 National who encourage and support literacy among under-resourced youth, and PEN who advocate and protect the rights of writers and free expression.

John Perkins
Author and activist JOHN PERKINS gained international fame and acclaim for his book Confessions of an Economic Hit Man which remained on the New York Times best seller list for more than a year. It is a startling expose on international corruption. He is also founder of nonprofit organizations Dream Change and The Pachamama Alliance, organizations devoted to establishing a world our children will want to inherit. Perkins has lectured at universities on four continents, and is now in the process of bringing out his latest book.

John Perkins will attend the ceremony himself. The monetary prize will be given to Dream Change, non-profit organization that promotes empowerment and positive change for more balanced and sustainable communities worldwide.

Pussy Riot
On September 21, 2012, at a special ceremony in NYC, the Russian feminist punk rock band, were acknowledged for standing firm in their belief for freedom of expression. Yoko Ono presented the award to Pyotr Verzilov, husband of imprisoned Pussy Riot band member Nadia Tolokonnikova. The monetary prize is being used to assist the group’s effort to be released from prison. 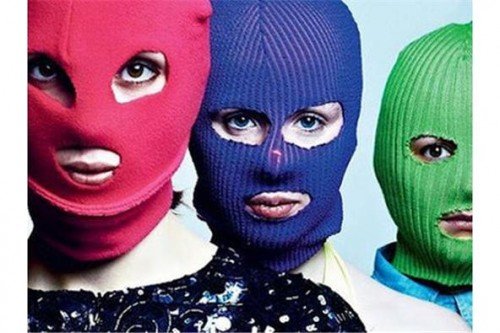 PUSSY RIOT stepped onto the global stage in February of 2012 after a provocative performance at Moscow’s sacred Cathedral of Christ the Saviour church in which they invoked the Virgin Mary to rid Russia of President Vladimir Putin. After a video of the performance went viral, three of the group’s members were arrested and charged with HOOLIGANISM. Their lengthy trial recently concluded with a two year jail sentence that has seen strong international criticism calling into question Russia’s policies towards freedom of speech and freedom of expression. Pussy Riot has support of numerous world activists and human rights groups who have staged protests across the globe.

The annual lighting of IMAGINE PEACE TOWER will take place on the evening of October 9, at 8pm local time on the island of Viðey. Yoko Ono invites people all over the world to join her in spirit when she lights IMAGINE PEACE TOWER in honour of all the activists of the world; past, present and future. She asks everyone to join together and let the power of light become a collective expression of the desire for peace and harmony on the planet. 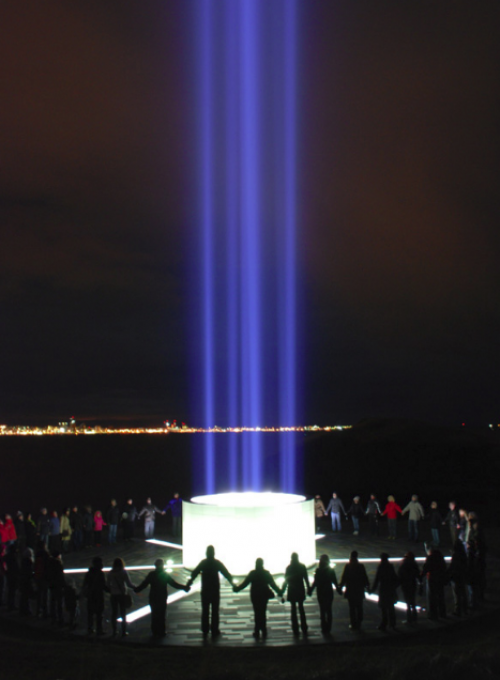 Visit imaginepeacetower.com to view a live feed of the lighting of IMAGINE PEACE TOWER on October 9.