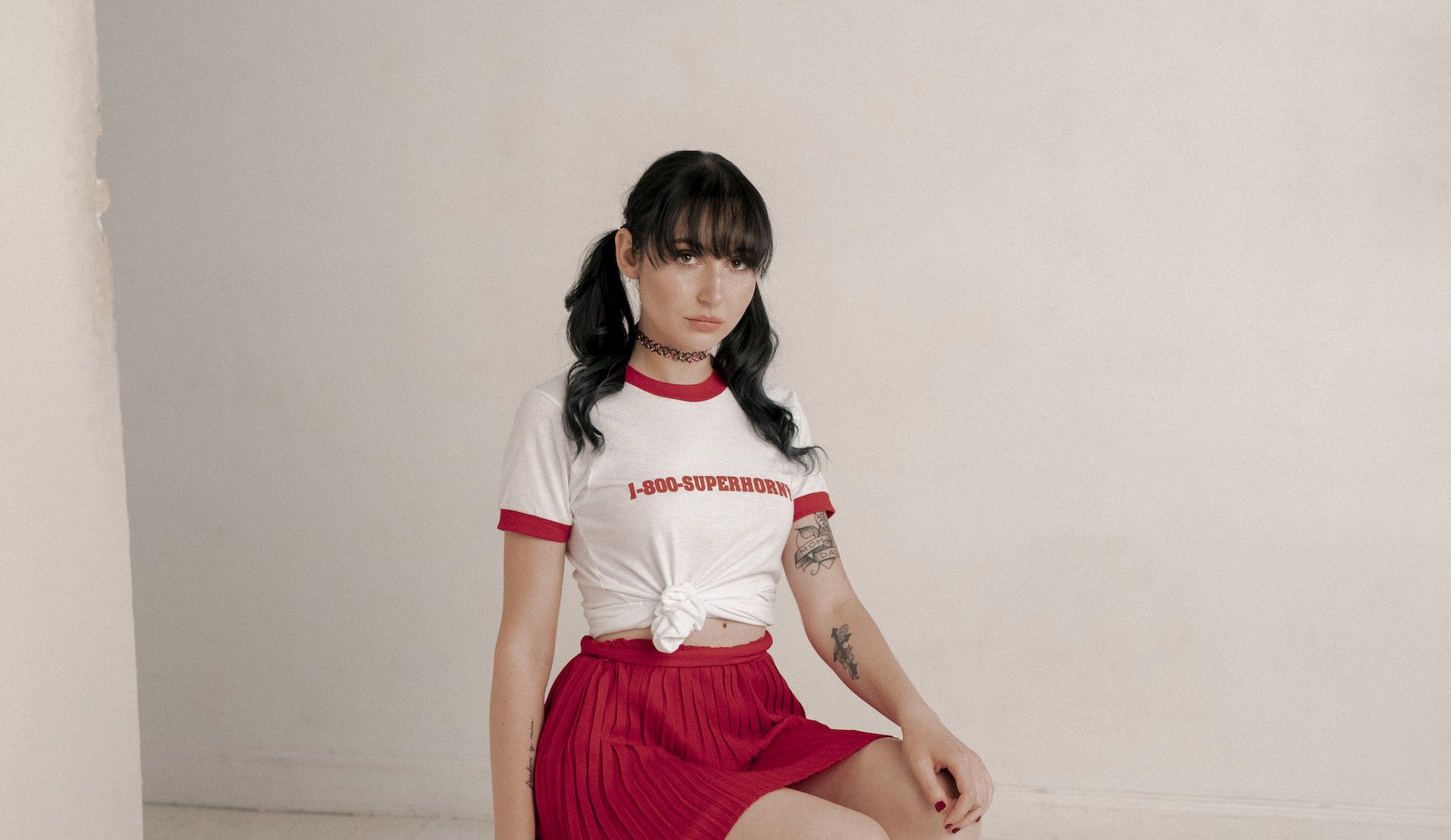 1-800-Superhorny is a straight talking, late night groove from the New York based artist. Filled with heady guitar melodies and a soft smattering of percussion, the track details lust and desire with refreshing honesty, proving her versatile musical ability.

“I called my friend Joe one day and was like ‘I’m having a really bad day can I come to the studio’. I had kinda told him what was going on and that I was feeling whack after getting rejected by a guy”, Yianna explains.

“He started singing ‘who do you call’ and the words just started coming out. It was one of those sessions that was just not serious at all. We wrote the song in 30 minutes, and afterwards when he was saving the session, he asked ‘what should we call it?’ I jokingly said 1-800-Superhorny and he was like you have to. We argued about it a bit because I was like there’s no way I’m naming my song that for real. I texted him when I got home and said ‘let’s do it’. It was the start to my whole upcoming project”.