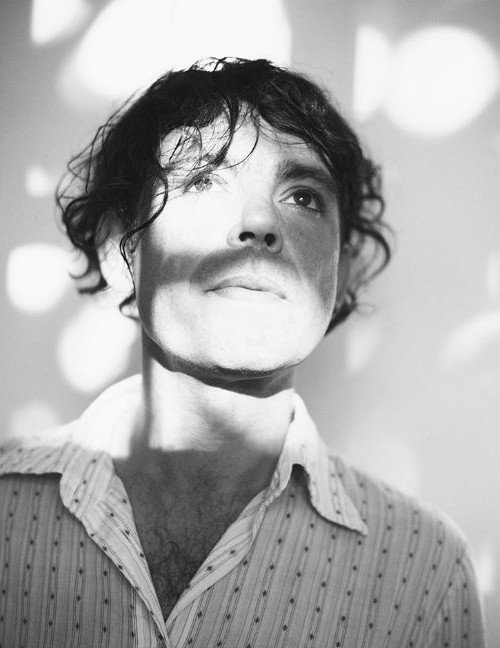 His splendid debut album ‘Women Are Stoned’ (released on 4th November) is a mellow journey, which explores themes such as self-belief, change, and the perpetual battle between body and soul.

It was recorded on an old eight track, in a number of studios across London, where gruelling sessions would go all day during the summer and late , during winter, into the early hours of the morning – ﬁre-heaters ablaze, snow falling outside, wine and cigarettes to anesthetize the routine, (a pattern which would eventually drive the author close to pneumonia)…

Hello! My name is Angel Rivers. I am a musician, lyricist and songwriter releasing records as Yeah Saint Paul.

Your debut album ‘Women Are Stoned’ is out soon – what is the album about and what’s the story behind the title?

The record is a collection of songs written mid adulthood in London – an ‘everytime-you-fall-you-get-up-and-be-stronger’ type record. An ode to endurance, self belief and the perpetual conflict between body and soul. Hope and faith… that kind of thing.

The title, (and I speak for myself here) refers to my connecting with women better, finding them more attuned, more sensitised more loyal. I have met good blokes too, some of whom I have given huge time and trust to, but the balance has tipped in favour of women; they are the ones who have tolerated me and loved me.

Blokes dont always get me – they call you paranoid for being expressive, they have so many inhibitions, most lack that sixth sense. Still, I love people of both genders. 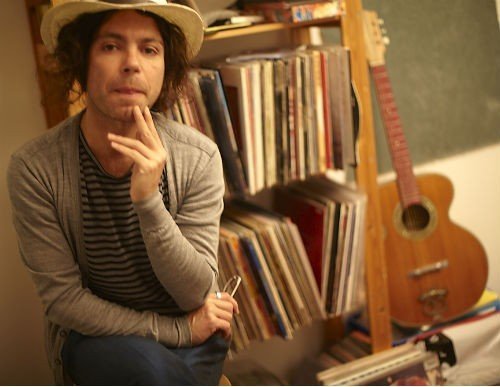 There are millions of independent artists out there trying to make it, what makes Yeah Saint Paul so different?

Honesty. A devotion and love for making proper records, a slightly quirky history and a connection with the public. I see band after band, some sounding great but the connection isn’t always there and connection is something you cannot fake or rehearse… it just happens.

I was unaware of it until I started getting very special comments right after gigs… yet I try not to dwell on it. I accept it and let it go. And not every gig is always that special. By and large, the final outcome partly depends on the crowd.

Also, decline in music sales is not just due to the digital thing… it is due to the fact that not many people are making good sounding records… even songwriters and groups with great material but who never knew what a valve desk is or a reel to reel machine, and never bought a record in their lives.

There are records that are great but lack that special thing, you hear them twice and never again. In that respect and many others maybe Yeah Saint Paul is a more traditional thing altogether,

‘Making it’ is something I am not terribly worried about. The music comes first. It wil take you by the hand to whatever fate… The real success lay in doing something with integrity and finishing it’, Not so much in being on telly, or selling by the truckload. The smurfs can do that.

Sum up your manifesto in 5 words.

Loving You With Sound

What can people expect from Yeah Saint Paul live?

I guess that, within the right environment, just a true connection. This applies to whether it’s me, solo, or with a backing band. I get up on stage and be myself. The delivery is more immediate and direct. Not as delicate as on record.

If you had to compare yourself to someone (music orientated or otherwise) who would that be and why?

Music unrelated: Anyone good, with a degree of social inadequacy,and a desire to be less inadequate.

The apocalypse is near and you can only save one record to play to the future surviving generations, what is it?

‘Sandinista’ by The Clash. An album of such variety. Some people shun it as being patchy and too long but, to me it remains a very cohesive compendium, spanning music styles from across the spectrum. From Jazz to Rockabilly via Dub, Punk, Rap… Exceptional!

Things are said about session musicians contributing, not being credited and the band keeping those takes / ideas. Yet somehow, as an end result it’s almost faultless.

What are your plans after the record is release?

Spending time with my beloved Mother and releasing a ltd edition 7″ of one-off collaborations, a record which is finished and which I am very proud of…

I am also looking for a singer for a much heavier project called The Heady Swings (Any candidates?). Also, hopefully a new YSP record by 2014/2015.

And a couple other things which it’s too early yet to talk about. If half of these plans happen I’ll consider myself blessed.

If you could get stoned with any woman, who would it be?

I’ve got a couple more records got make before that occasion.

Finally, tell us a secret about yourself…

There’s a secret comedian In me bursting to get out.