…Knowing her media savvy and her checkered past, itâ€™s easy to dismiss her claim, â€œIâ€™m kissing all the boys and the girls,â€ made in the single â€œNot Myself Tonight,â€ as just another entry into the ledger of inevitable lesbian confessions made by every young pop star. 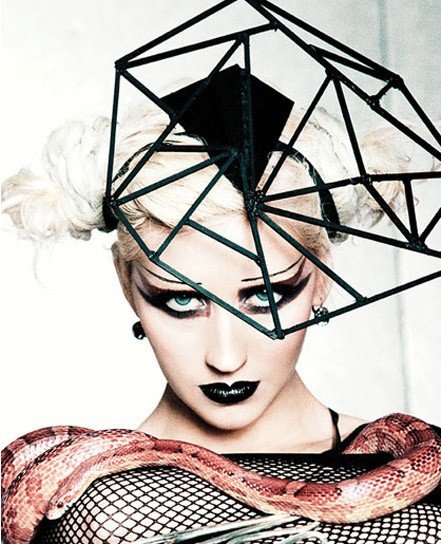 After all, it was Aguilera herself, accompanied by Britney Spears, who initiated the trend, French-kissing Madonna back in 2003 at the Video Music Awards.

Later, Katy Perry kissed a girl and sang about it. Gaga slobbered all over a female bodybuilder in her recent music video, â€œTelephone.â€ 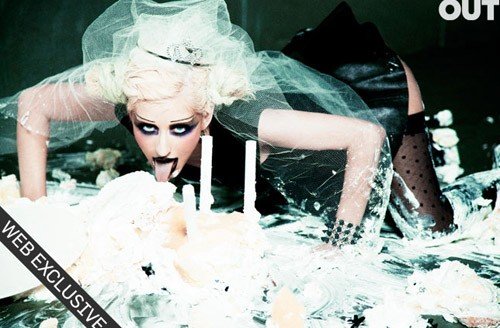 â€œI donâ€™t get to kiss all the girls and the boys,â€ Aguilera says, â€œbut my husband knows that I get into girls. I think itâ€™s fun to be open and play. The line is real to me.

My husband and I check in with each other, but I definitely love women. I think theyâ€™re more attractive to the naked eye,â€ she says before adding, â€œI donâ€™t think I could ever really be with a woman because thatâ€™s a lot ofâ€¦what do you call it? Guys have testosterone, girls haveâ€¦â€ Estrogen? â€œYeah, thereâ€™s a lot of estrogen and Iâ€™m a lot to deal with when itâ€™s that time of the month, so I canâ€™t imagine it times two.â€

Aguilera pauses and then shakes her head. â€œAnd you know, I love d..k. To be honest, that I cannot live without.â€… 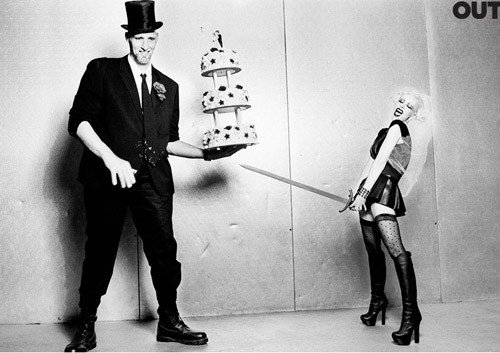