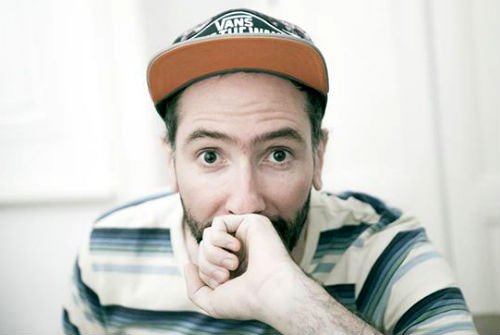 Lisbon-based Xinobi, AKA Portuguese DJ, producer, musician and vocalist Bruno Cardoso, presents ‘1975’, his life affirming debut album out now via his own label Discotexas. The album is a well made and surprisingly eclectic collection of dance-deep house-disco, surf guitar tunes all delivered with a pop sensibility…

Here’s a clever reworking of his track ‘Bogota’ from Psychemagik…


Watch the video for the first single ‘Mom and Dad’.

First up, how , when and why did you decide to call your project Xinobi?

I used the nick name Xinobi – basically as a homage to the arcade game Shinobi – in early internet forums and chats. One day I created an artist myspace account so I could put online some of my bedroom made music and without thinking that much I just stick to the name Xinobi. Suddenly I was receiving booking requests out of nowhere and having some blog attention, so I kept the name. So it was kind of “accidental”.

Sure. 1 – It was mainly made under heavy sleep deprivation, 2 – it features a chorus of 40 or so people that replied to my online request to sing the hook of a song. I just sent them a karaoke-ish video of the song “Real Fake” that was still a work in progress by that time. All they had to do was record them singing. I got vocals recorded on home studios but also, and mostly, cell phone type recordings. It was a really fun, yet hard to finish, process. 3 – I don’t know how to sing. I’m not a singer at all, but I tried to sing in a few tracks anyway. 4 – There’s a beautiful picture of my parents in their early 20’s, freshly married. They looked like movie stars!. 5 – Most songs are about food. No they are not! ahah. 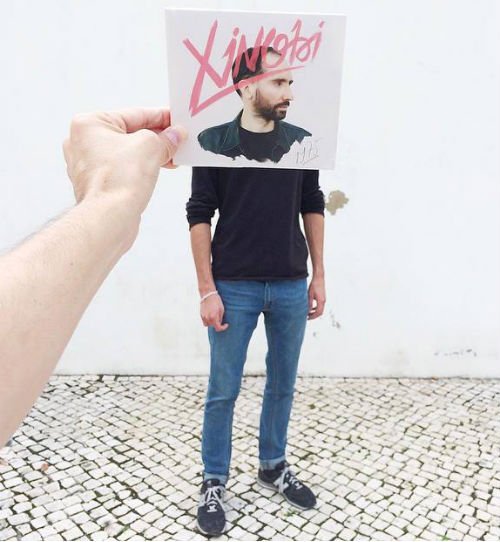 What were your influences whilst writing ‘1975’?

Jamaican Dub original and influenced by music, 60’s 70’s and 90’s movie soundtracks, good old and great modern Disco, and some amazing deep and profound dance music. That was what I was listening a lot over these past year.

With your friends and work-partners Moullinex and Mr. Mitsuhirato, you gave birth to Discotexas, tell us why.

Discotexas as a label was born out of a need: the need to have our own music released out there. It also ended up being a way to release music from artists and friends we love.

A lot of my dreams are already fulfilled: make a living by doing the music I love to do and being surrounded by the people I love. I guess my main goal in life now is to keep doing this as long as I find it relevant and enjoying it the most possible. Things like this rarely last forever, even if you work like a slave. Also, I would love that my music could be a positive influence to the child I want to have soon.

Ennio Morricone and The Scientist. Together.

Learning with the mistakes and doing mistakes all over again. The music is what matters most, but sometimes the music itself can’t get recognition without an industry that can give you amazing tools and opportunities but that can also strangulate your creative fuel forever. Dealing with this searching for an equilibrium between art and business can take you to a big anxiety mood.

I normally do music that I like to listen to. That was one of my main goals with this record. So if you subtract all the parts of it, you’ll know what I like. ahah. But also, I still love punk and hardcore, that was my music school.

1 – Exploit the album I just brought to the world and show it to as many people as I can.