He’s been one of the bookies’ favourites since the show started, but Aiden Grimshaw was sensationally voted off The X Factor last night. 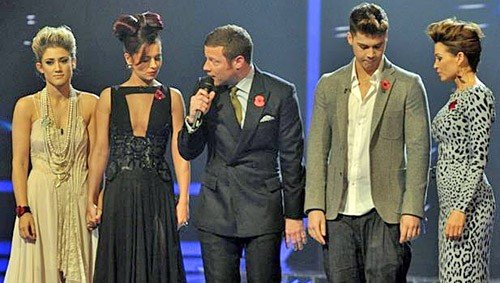 The first vote went to Simon who confessed to liking them both before voting to keep Katie. Cheryl and Dannii chose to keep their own acts, leaving the deciding vote to Louis.

So it was back to the vote. The act who received the fewest votes from the public was Aiden, leaving Katie to sing another day. 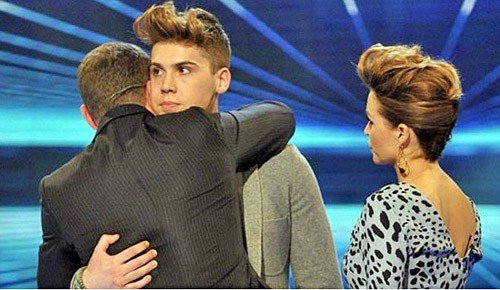 Dannii later Tweeted: ‘My utmost respect to Aiden. I have loved working with him on X Factor. TeamMinogue will miss him I and wish him the VERY BEST! Dx.’

But the moment weâ€™d all been waiting forâ€¦ was for the return of Take That .

For the first time in 15 years the five-piece were back together to sing their epic new single The Flood.

The boys hit every note with panache and appeared to be loving every minute of their long-awaited comeback. 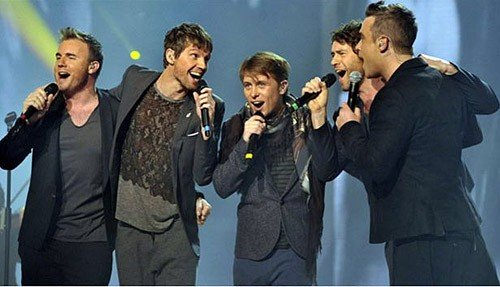 Cue a standing ovation and a chorus of screams… ladies and gentleman, a little bit of history in the making! 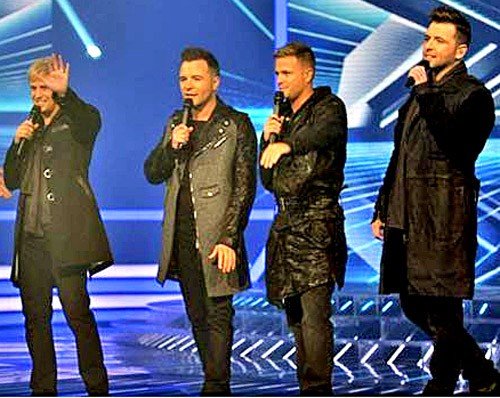 Sticking to their winning formula of soaring vocals and perfect harmonies, the Irish lads gave One Direction a master class on what it takes to stick around in the boy band business.

Finally JLS returned to the stage where it all began.

Singing their latest single, Love You More the lads gave a performance to remember (welcome back six packsâ€¦ weâ€™ve missed you!) and proved theyâ€™ve come a long way since graduating from the Factor fold. 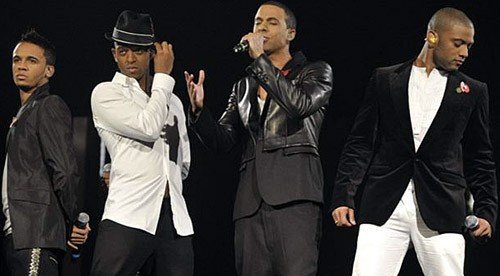