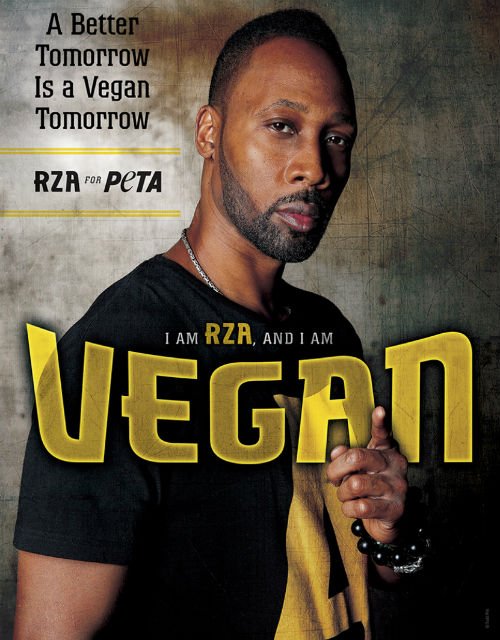 Wu-Tang Clan’s Hip-Hop icon RZA, launches a brand-new PETA ad campaign declaring: “A Better Tomorrow Is a Vegan Tomorrow. I Am RZA, and I Am Vegan” and talks about the influence of other hip-hop icons, including Russell Simmons and KRS-One, who helped lead the community’s vegan charge with his song “Beef”, which RZA says gave “us an idea of the process that animals go through…to make it to our tables”.

RZA points out: “I don’t need a dead animal or dead piece of flesh to go into my live body. I had animals as friends…They was happy to see me in their own animal way. I’m quite sure they did not want to be on my plate.”

Watch the legendary hip-hop group from Staten Island performing live ‘Ruckus in B Minor’ from their first new album in seven years (out 02.12), ‘A Better Tomorrow.’ at the David Letterman’s Show.