Following on from the resounding commercial success of his first single release proper, ‘Traktor’, Wretch 32 is gearing up to release ‘Unorthodox’, the second track from his forthcoming album, while also embarking on Example’s forthcoming full nationwide tour. 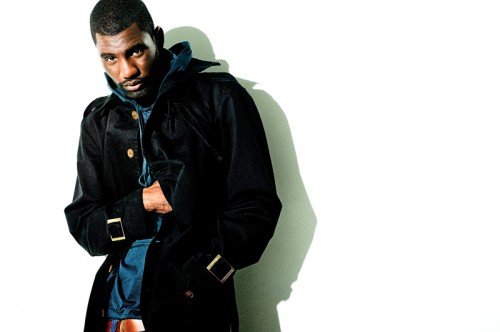 Featuring Example and sampling the Stone Roses classic ‘Fools Gold’, the infectious sounding ‘Unorthodox’ is the perfect follow up to ‘Traktor’. An up tempo track featuring witty wordplay, innovative beats and a killer hook for a chorus, ‘Unorthodox’ will sit as comfortably on mainstream radio airwaves as it will on the grimiest of dance floors.

25 year-old Jermaine Scott, aka Wretch 32 has had an incredible start to the year. After being earmarked by BBC as a one to watch for their Sound of 2011 list, along with being hotly tipped by NME, MTV and HMV, as a rising music star he has gone on to achieve a Top 5 debut smash with his first commercial single release, ‘Traktor’, and was confirmed as the main support on Example’s forthcoming nationwide Spring tour, (see dates below).

Wretch 32 is the UK rapper’s rapper. ‘The Metaphor Man’ – as Devlin likes to call him – has a way with words that has earned him a reputation as the best lyricist on the scene. Before signing a record deal, Wretch 32 was already well known on the underground.

Not only did he sell over 15,000 copies of his mixtapes in and around Tottenham where he grew up on the Tiverton estate and collaborating with the likes of Chipmunk, Mike Skinner and Wiley (to name a few), but he also received awards acknowledging his dazzling lyricism from BBC 1Xtra, Touch Magazine and the Official Mixtape Awards. In addition to signing to Levels Recordings/ Ministry of Sound last year also saw Wretch 32 supporting Professor Green, Tinie Tempah and Chipmunk on tour and appearing live at major festivals including Glastonbury and BBC Weekender.