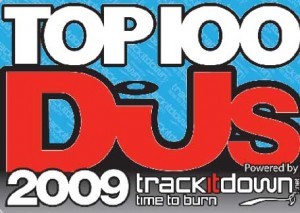 Each year, the Top 100 DJs Poll culminates in a charity event that last year supported the Royal National Institute for Deaf People (RNID).

Despite this, the DJmag.com website, which hosts the online voting for the poll, was hacked into on Friday night.

This cyber attack brought down the website over the weekend. Although the website is now up and running once more, the organisers have provided a second voting link in case of further attacks.

Voting for this yearâ€™s Poll opened at 10am GMT this morning (3 August) and runs until 23 September.

This means 7 weeks of frenzied online activity as clubbers and dance music fans alike make their call on the DJs whoâ€™ve rocked their world over the past 12 months.

The Top 100 DJs Poll is an annual event that now attracts over 350,000 voters from every corner of the globe, reinforcing the fact that dance
music is a truly global culture. To put it simply, there is no other music-related poll like it in the world.

From the UK to China, and the USA to Kazakhstan, in 2008 voters from 167 countries voted for their favourite DJ. In 2009, that number is set to
grow, as dance music has once again ignited worldwide charts and dancefloors in equal measure, thanks to the continued success of its leading figures and a new breed of electronic music star.

The Top 100 DJs Poll is a public vote where voters are given the chance to name their Top 5 favourite DJs in order of preference. The debate rarely
leaves the dance world all year, but during the next few months the speculation on the worldâ€™s top spinner, new entries, and biggest climbers, will reach fever pitch across online forums, Facebook, Twitter, and beyond. This is the time for clubbers to make their voices heard!

Since the early 1990â€™s, the Top 100 DJs Poll has grown to become the biggest annual event in dance music. Inclusion in the illustrious â€˜100â€™
is the dream of every DJ, from rising stars to the likes of global heavyweights such as Armin van Buuren, Tiesto, David Guetta, and beyond. The big question for 2009 is will Armin retain his crown for the third year, a feat that has only previously been achieved by fellow Dutchman, Tiesto?

The most influential poll in music is once again powered by Trackitdown.net â€” which means a free download for everyone who votes. By offering each voter a free track to download from their catalogue of 800,000 titles from over 18,000 labels, Trackitdown.net will demonstrate how easy it is to find your favourite electronic music legally.

The new link: http://www.top100djs.net will also allow users to cast their vote, alongside the existing link below: http://www.djmag.com/top100djs