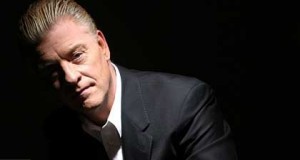 Sky1 HD announced that world-renowned psychic medium Derek Acorah will attempt to make contact with Michael Jackson on Sky1 HD in two specially-commissioned shows, MICHAEL JACKSON: THE LIVE SÃ‰ANCE and MICHAEL JACKSON: THE SEARCH FOR HIS SPIRIT to be broadcast in November.

The programmes, both presented by broadcaster and Jackson fan June Sarpong, aim to give fans a final chance to connect with their hero, himself a firm believer in psychic ability.

Acorah, whose high profile on screen sÃ©ances have to date been restricted to historical and mythical figures will lead proceedings in MICHAEL JACKSON: THE LIVE SÃ‰ANCE; an hour long live special from a secret location familiar to, and previously inhabited by, Jackson and where the famed psychic medium will attempt to contact the music legend.

Preceding the main event, MICHAEL JACKSON: THE SEARCH FOR HIS SPIRIT will take fans on a biographical journey of the music legend delving deeper into both his psyche and his inspirations, and previewing some of the tactics and triggers that will feature in the sÃ©ance. Sarpong, will be joined by Bobby Marchesso, one of Americaâ€™s leading psychics, and close friends of Jackson including Thriller video co-star Ola Ray, Ian Halperin, author of controversial Michael Jackson Biography Unmasked: The Final Years of Michael Jackson, and his spiritual healer Reverend June Gatlin, with more contributors to be confirmed in due course.

Stuart Murphy, Director of Programmes Sky1 HD, Sky1, Sky2 and Sky 3 commented: â€œThere is an insatiable appetite to find out more about Michael Jackson. He was an extraordinary figure and the curiosity surrounding his life â€“ and his death â€“ stretches well beyond fans of his music. These programmes will explore whether it is possible to make contact with Michael and will seek to give his fans new insight into their idol.â€

June Sarpong commented: â€œIâ€™ve always been a huge Michael Jackson fan, he truly was the King of Pop, and I was shocked and saddened by his sudden death. I think viewers will find this programme intriguing and will want to tune in to see what happens. Itâ€™s the first time Iâ€™ve done anything like this but Iâ€™m open minded and canâ€™t wait to see what Derek uncovers.â€

These programmes provide a unique opportunity to celebrate Michael Jacksonâ€™s life, learn more about the music legend and possibly find out his final message to the world.

Most Haunted Highlights
by andrewwallace