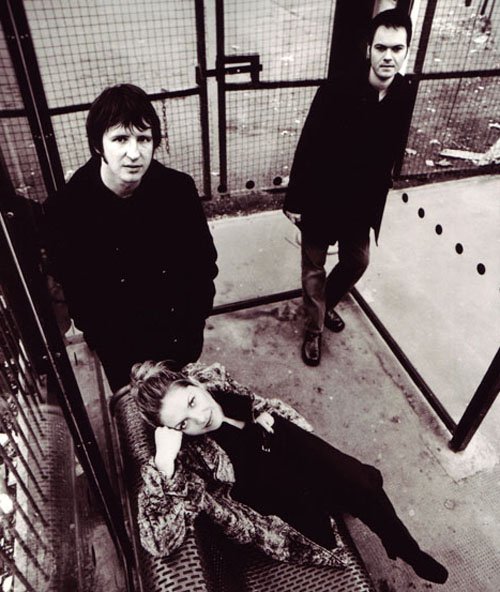 When Saint Etienne’s Bob Stanley talks about their forthcoming album “Words and Music by Saint Etienne”, he affectionately refers to the “strange magic” of pop.
About the special alchemy that transmutes even the most mundane of experiences – walking home with the headphones on at night, sitting in a bedroom with your friends in the day, getting ready to go out on the weekend – into a lingering moment of seamless enchantment, one that resonates for the rest of your life.

Saint Etienne are a band who have had an immutable and enduring relationship with pop music and that pristine pop moment.

The history of pop has clearly had a powerful impression on the trio of Pete Wiggs, Sarah Cracknell and Bob Stanley, with the result being that for this, their ninth studio album, they have assembled what constitutes a long form aural essay explicitly exploring the throughline of themes and memories triggered by music which has run through their entire body of work.

As Stanley elaborates, “Words and Music by Saint Etienne” is an album about “how music affects your life. How it defines the way you see the world as a child, how it can get you through bad times in unexpected ways, and how songs you’ve known all your life can suddenly develop a new attachment, and hurt every time you hear them. More than how it affects and reflects your life though”, he sums up, “the album is about believing in music, living your life by its rules”.
Saint Etienne
“Words and Music by Saint Etienne”
Brand new LP released 21st May on Universal
New single ‘Tonight’ released 5th March, includes mixes from Richard X, Club Clique and The 2 Bears
saintetienne.com
facebook.com/SaintEtienneOfficial