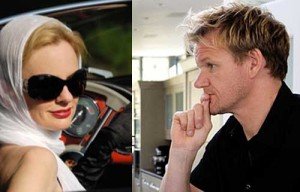 As celebrity chef Gordon Ramsay rants on US TV that women drivers are useless, a survey by Diva car insurance reveals womenâ€™s attitudes to male motorists.

The Hellâ€™s Kitchen star, 42, moaned about being held up by a woman, he demanded: “Why is it ladies take so long coming out of junctions?”

But an online survey of 1,000 customers by Diva, one of the UKâ€™s leading providers of car insurance for women, found that 73% women believe that men are too impulsive at junctions. 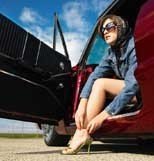 Of those questioned, 74% claim that male motorists â€˜drive too fastâ€™ and 46% believe that men â€˜take risksâ€™ behind the wheel. Of the women
involved in the poll, 91% believe that men have an â€˜inflated egoâ€™ when it comes to sense of direction, and 72% think that men would rather stay lost rather than ask for directions.

The survey also found that 69% of women drivers think men are worse passengers than women and 68% said, given the choice, they prefer to travel with women passengers on long journeys.

Rebecca Corbett, Head of Diva car insurance for women said: â€œWomen have always been the victim of a negative image when it comes to their driving abilities, but this research shows that men are coming under scrutiny too. Reckless attitudes towards driving, inflated egos and inability to admit when they are wrong, all seem to be having a harmful impact on our perceptions male motorists.â€