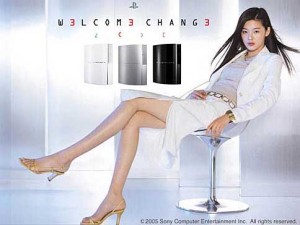 A recent survey of over 1000 women by one of the UKâ€™s leading PlayStation 3 price comparison websites has shown that almost half of those asked would forbid their partners from purchasing a games console, even though 32% would quite like to treat themselves to one.

Research by www.PS3PriceCompare.co.uk of 1,316 females in relationships has revealed that 48% of women would ban their boyfriends or husbands from buying a games console, despite almost 1 in 3 of the women admitting to wanting a games console for themselves.

The top reasons behind the ladies not wanting their partners to own a games console included jealousy and the fact that their living room gets taken over. 28% of the women questioned felt that games consoles like the PS3 and Xbox ate in to their quality time with their other half, whilst 34% were more bothered about the cost.

Almost 1 in 4 of the participants surveyed by PS3PriceCompare.co.uk said they would rather their partner didnâ€™t have a games console because they said it would have a negative impact on their sex life.

When asked â€œHas a games console ever caused an argument between you and your partner?â€ nearly half answered â€˜yesâ€™. However, the study proved all was not lost, as 6% claimed a games console had brought them closer somehow.

Another statistic revealed by the survey was that there has been a 53% rise in the number of women playing video games in the last year, with more feminine consoles like the Nintendo Wii and DS becoming more popular.

Mike Elsmore, head developer of PS3PriceCompare.co.uk, commented on these findings; â€œI must say that the results to our latest survey came as a bit of a shock to me. It is inevitable that some women would get a bit fed up with their partners playing on games consoles, but to think that quite a large number would actually ban us guys from buying one is a bit of a surprise.

He continued, â€œAs for those ladies worried about the consoles being too expense, they neednâ€™t worry. Finding low prices and good deals is exactly what PS3PriceCompare is for.â€