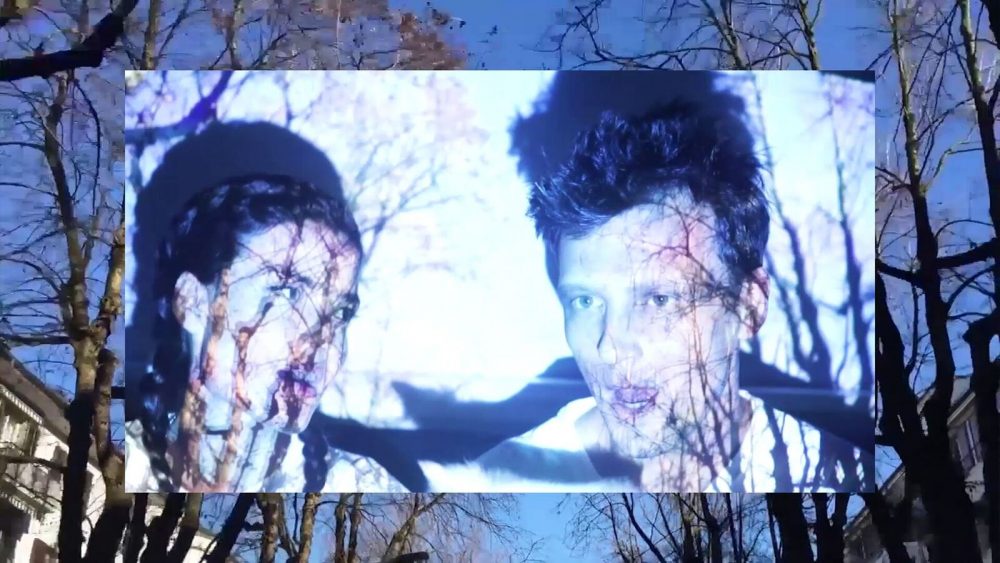 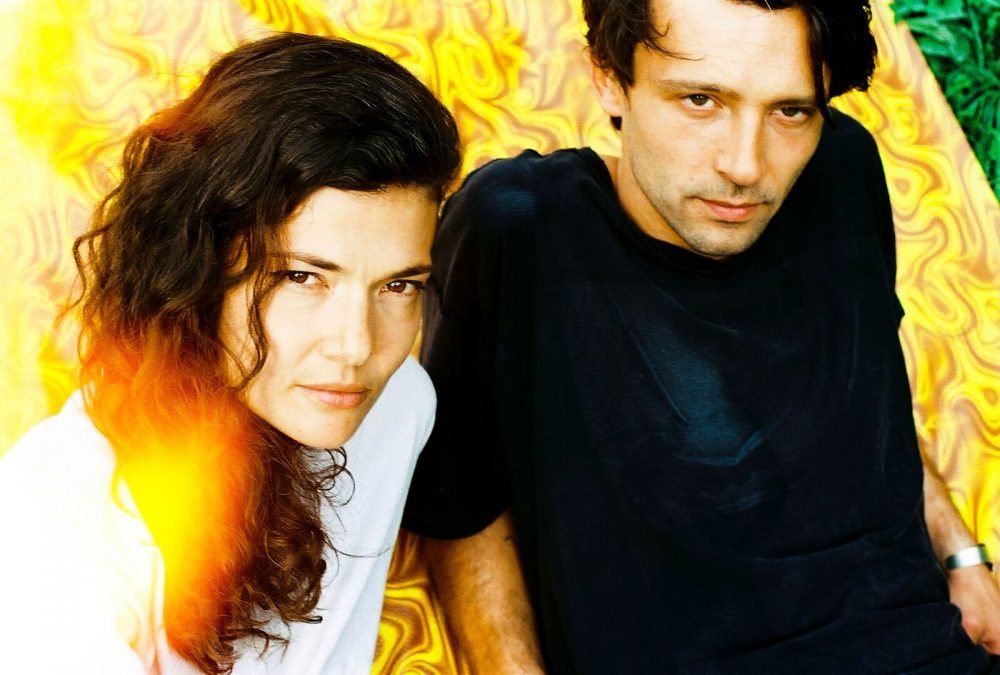 When I received the video for Mark My World, a song from a Zurich based duo (Katerina Stoykova & Angelo Repetto), I found myself compulsively hitting refresh every time the song ended. Some hooks just get you like that. They somehow manage to pinpoint something open-ended in you and lock into whatever that is – quenching a thirst that was there all along, even if you didn’t care to notice it. This stuff is syrupy, staticky, electric, sensual and extremely stylish, both sonically and visually.

The video BTW was directed by the group’s long-time friend and collaborator, Hans-Jakob Mühlethaler. If not for the press release, my guess would’ve been that this was a new project from Sweden, because this particular song has that type of Indie-Electro-Pop perfection about it that the Swedes are known for. However, not only is this not a Scandinavian export, they’re also no newcomers either, they already already have a couple of full-lengths to their name and a fairly recent EP.

Mark My World just came out last week via the Swiss Irascible Records Imprint. Apart from the original rendition of the title track, it also features remixes by the likes of Marlon, Tillmann & deAdi, Bigeneric, Rearte and Alessandro Giannelli of Egopusher. And now I have a whole gang of versions that I can play in an endless loop. I reached out to Katerina from Wolfman to find out why it took so damn long for us to connect in the first place.

If I’m not mistaken, this is the first time that we are featuring you on here – is that right?

Katerina Stoykova: I think so, yeah.

But you guys have been around for quite a bit already, why did it take so long for us to spot you?

K: You tell me, haha.. maybe because there’s this unjustified scepticism towards Swiss music in general?

We’ve actually featured a lot of Swiss acts in the last few years, a lot of them on Mouthwatering.

After watching the new clip and then watching through some of your earlier videos I found myself constantly thinking about 90s cinema, and especially that very unique way that directors of that era had in correlating music with visuals, am I tripping or is there really something like that in your work?

K: Well, it’s actually interesting you mention this, because all of our videos were and are done either by Hans-Jakob Mühlethaler, a musician who’s also worked as an actor (he’s mostly known for his role in Off Beat by Jan Gassmann from 2:1 Film) or Zurich-based film director Lisa Blatter (2:1 Film).. both of them are music lovers and cinematic aesthetes.

Are you guys film buffs?

K: If I compare myself to some crazy film buffs like my filmmaker friends, I’d say I have absolutely no clue. But, otherwise, I’d say I am. It’s safe to say that Angelo and I have a fascination for sci-fi films in common i guess.. 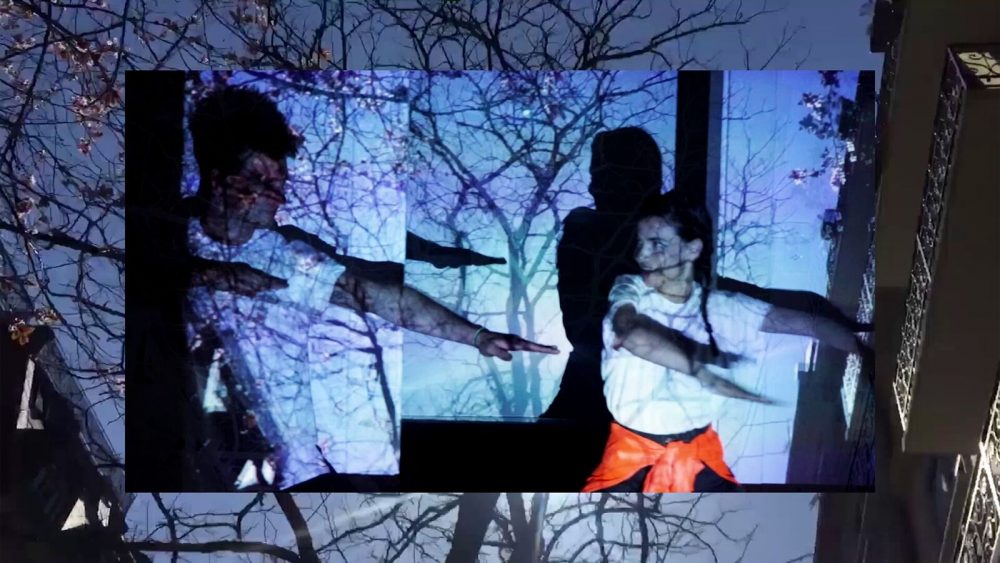 What are your top five, 90s flicks?

K: Hmmm… Truman Show, Pulp Ficton, Natural Born Killers, Fear and Loathing in Las Vegas, Being John Malkovich, Fargo, man the list could go on and on.. I was obsessed with these movies.

Tell me a bit about the song here, and the video and how all of it came together?

K: Well, the song is on our EP, called “Sun Sun”, which we recorded, like a year ago. And for me listening to the music and writing the lyrics, it felt like sticky summer and the gut feeling you get of loneliness paired with attraction, on summer nights when that certain somebody shows up and takes up your entire mind.. and you start associating every smell, object, person and thought you had that very moment with this person..and that feeling isolates you more than anything else I can imagine. I don’t know, but somehow there’s a greater vividness to summer loneliness because of the contrast to the happiness and colours around you. That’s why someone can mark my world in a lonely space more than at any other time..

And you just released a remix EP, right? Who’s on there?

K: Well, they’re all talented nuts who work on different projects, all of them have a flair for electronic music and they’re all just really good at what they do. We’re really lucky bastards to have them remix our song. So we have remixes by Ale Rearte, dj and producer from the Miteinander Musik; Alessandro Giannelli, a well-known drummer and producer and the other half of Egopusher; Marco Repetto a.k.a Bigeneric, founder and former drummer of Grauzone; Tillmann Ostendarp & de Adi, both of them restless musicians and producers; and Marlon (Brandloch) who’s one of the many faces of musician, producer and our main video director Hans-Jakob Mühlethaler.

I know that this might be a very controversial question, but which one of these remixes or versions is your favourite?

K: ugh, I’m so bad at this.. I honestly really like all of them, and I’m not saying this to be fair, cross my heart, because I admit I love everything the musical beasts around me do. But for now, my top picks are Alessandro Giannelli’s and Marlond (Brandloch)’s remixes. But, my preferences tend to evolve after listening to something for a while so who knows? And I know Angelo is a really big fan of the other three remixes..

Any plans for the summer?

K: Yes! Finish our upcoming album. We actually just shot a new video for the first single, it’ll be really nice, i’m so excited about this video, it’s gonna be creepy and moody and a little different than the last two videos, which were shot using projections. It was again done by Hans-Jakob Mühlethaler, this time together with photographer Simon Habegger. The video will be out at the end of June. And after we finish recording our new album, I guess we’ll start rehearsing it for our shows in autumn.