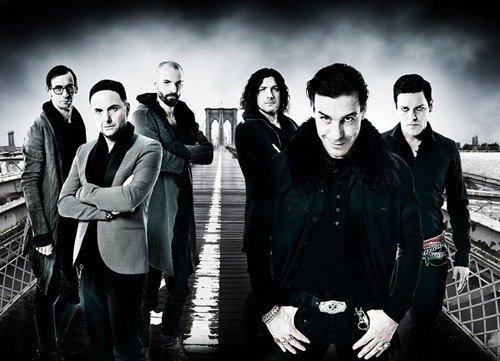 The machinery of RAMMSTEIN Live is hauling across the whole of Europe and bringing the essence of 16 years to the stage. With a completely new show, and with RAMMSTEIN’s Greatest Hits. The new RAMMSTEIN spectacle will be a rebirth in thunder!

To celebrate the band ‘rebirth’, we have 2 pair of tickets to give away! To see RAMMSTEIN + DEATHSTARS at The O2, Dublin on 27th February 2012.

To enter competition for a chance to win a pair of tickets for the Dublin gig just send your details and answering the question below to : [email protected]

Parallel to the tour, the band is releasing its personal look back at 20 RAMMSTEIN original bests, including an unreleased track, as well as the entire video catalog.

The work’s title, “Made In Germany 1995 – 2011”, attests likewise that a fair number of the achievements highlighted may well be definitive ones.