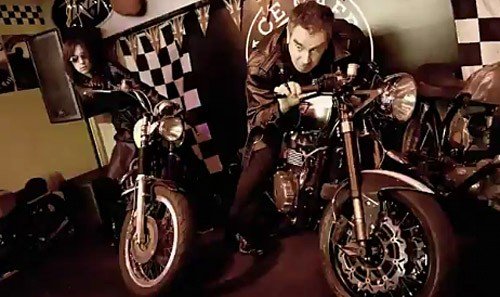 Mark Stewart has announced UK dates in support of his eagerly awaited album ‘The Politics Of Envy’ (released via Future Noise Music on 26th of March).

Support for London’s The Scala gig are, Russell Haswell and a DJ set from collaborator Primal Scream’s Bobby Gillespie who will also be joining Mark (and Andrew Innes) on stage for their new single Autonomia.
“We’re out to wreck havoc, mash-up the bass bins and throttle the guitars, this time it’s war” says Mark.

And to celebrate this amazing live gig we have 2 tickets to give away for Mark Stewart + support from Russell Haswell and Bobby Gillespie (DJ Set) on 28 March 2012: London – The Scala.

For a chance to win just send your details and answer the question below to: [email protected]

Mark Stewart is founding member of which group?

Mark last set foot on a UK stage for an impromptu collaboration with rising star St. Vincent to perform his post-punk band the Pop Group’s ‘She Is Beyond Good And Evil’ at London’s Queen Elizabeth Hall back in November.

These UK dates for Mark’s solo project are the first in many years and expectations are high.