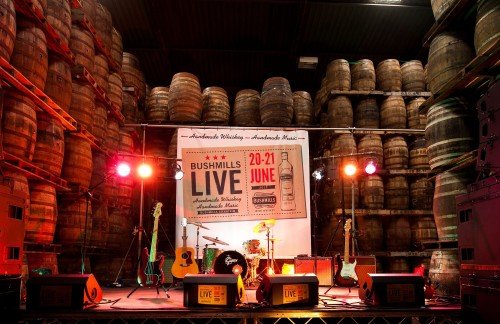 The Old BUSHMILLS Distillery, where handcrafted Irish Whiskey has been made for centuries, is to host a landmark whiskey and music festival – ‘BUSHMILLS Live’.The two-day festival will take place on 20th and 21st June 2012 and will be the first ever staged in an Irish Whiskey distillery.

Some of the brand’s most famous fans will play a series of intimate gigs at the distillery which is situated on Ireland’s north coast and age-old buildings where the art of distilling has been practiced for generations, will become venues for the festival which will be unlike any other ever staged before.

The brand already has a strong association with the contemporary music scene through a series of global partnerships that see artists such as Bon Iver, Chromeo, Theophilus London, Foy Vance and Iain Archer appear in its current advertising campaign.

‘BUSHMILLS Live’ will be a ‘money can’t buy experience’. Tickets for the event won’t go on general release, instead fans of BUSHMILLS Irish Whiskey can win the chance to attend the festival by entering a competition on the Bushmills Facebook page – facebook.com/bushmills1608.

To stand a chance of winning they will have to submit a photo of themselves and a friend and explain why they and their friend should be in the audience for ‘BUSHMILLS Live’.

As well as listening to great music, those fortunate to win a ticket to the festival will also have the opportunity to make their own blend of BUSHMILLS Irish Whiskey.

Speaking at the launch of the festival, Colum Egan, Master Distiller at the Old BUSHMILLS Distillery said: “I am so excited about ‘BUSHMILLS Live’ and the fantastic line-up of talent that will be coming to the distillery this summer! 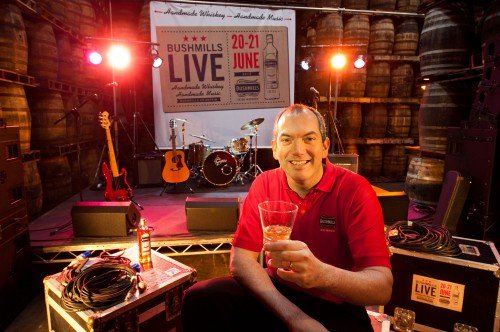 “We are in the final stages of confirming all the artists and I can’t wait to tell you who will be playing.

“I can promise you that the acts that will be performing are both known and loved around the world. Their music like our whiskey, represents the very best in craftsmanship.

“We welcome more than 100,000 visitors to our distillery every year and it will be fantastic to host some of our most famous friends as part of ‘BUSHMILLS Live’ this summer.