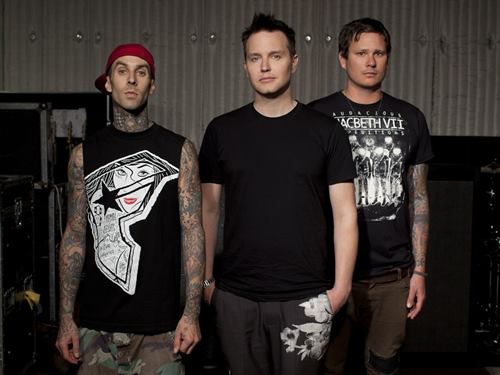 Blink-182 make a triumphant return to Ireland this Summer for dates in Dublin and Belfast on their first arena tour in almost 8 years.

All American Rejects and Four Year Strong will support the american rockers for the Irish shows.

And… to celebrate the amazing rock party, we have 2 tickets to give away for the Belfast’s Odyssey Arena gig on Wed 13 June 2012!

To enter the competition for a chance to win a pair of tickets for Blink-182
with guests All American Rejects & Four Year Strong, just answer this simple question: Which Blink-182 song is this lyric from?

‘Hanging out behind the club on the weekend’

Is it:
A. Feeling This.
B. First Date.
C. The Rock Show.
D. After Midnight

Email the answer and your details to: [email protected]