Crystal Fighters are ready to top of an incredible year with 3 new UK headline shows, including a headline slot at London’s Shepherds Bush Empire on 14th September. Playing a total of 29 festivals between now and September, the band will wrap things up with their biggest London show to date plus slots in Manchester and Glasgow. 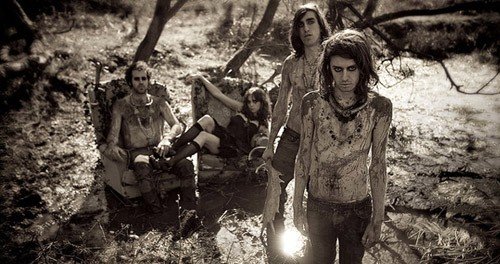 The band are giving away 5 pairs of tickets for the Shepherds Bush show to celebrate! Simply CLICK HERE to stand a chance of picking up a pair.

The band will release a deluxe edition of their debut album ‘Star Of Love’ on 8th August, including new acoustic versions of five original tracks – ‘Follow’, ‘Xtatic Truth’, ‘Champion Sound’, ‘Plage’ and ‘At Home’ – as well as a a brilliant cover of the cult Spanish song ‘Fiesta De Los Maniquins’ by the feted synth pop group Golpes Bajos.