THE famous KISS tribute act Hotter Than Hell is back this weekend and we have tickets to give away. Fronted by Belfast man Marty McStravick (AKA Paul Stanley), Hotter Than Hell, have established themselves as one of Europe’s most popular Kiss tribute acts. 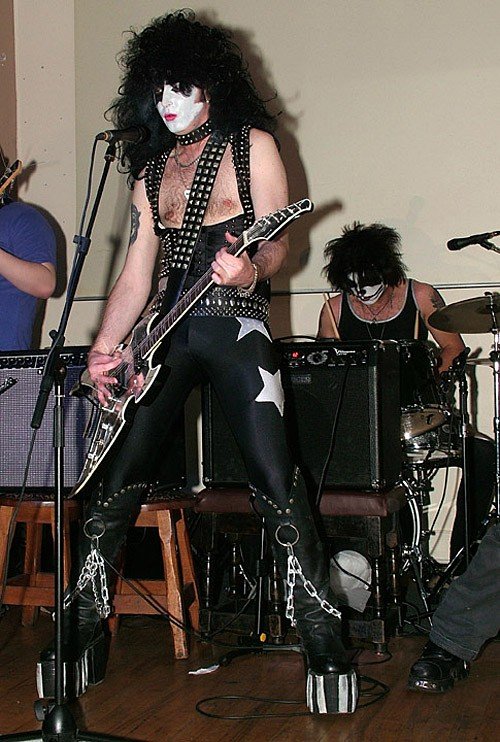 But it hasn’t all been plain sailing for the lead singer. In 2001 Marty thought he was going to have to give up his rock n roll lifestyle after being struck down by a mystery illness.

He told me: When I was on tour I was becoming severely tired and losing a lot of weight. The spandex were literally falling off me on stage I was that thin.

I had to go to the doctor and with random tests and research I was diagnosed with an illness called Crohns Disease.

Crohns is a chronic recurrent granulmatous inflammation affecting any part of the gastrointestinal tract, with complications of immunosuppression. 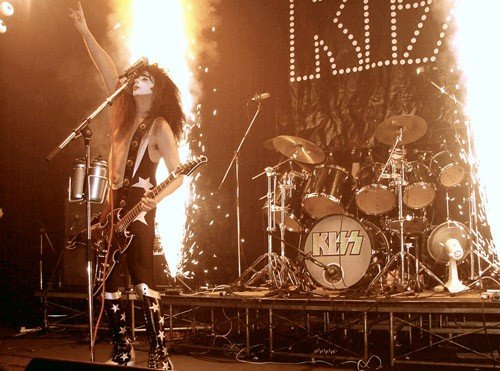 At this point, I didn’t know what to do and so reluctantly I took time out and I didn’t know if I would ever make it back out on the road.

Eventually I couldn’t cope any longer without performing and I started to research how I could manage my illness, now it does affect me but I don’t take on more than I can cope with and I always make sure I’m fighting fit for every gig.

This Saturday night Marty will be on stage with Hotter Than Hell at Belfasts Empire music hall.

He said: I love coming home to perform in Belfast and the Empire stage has to be one of the best I’ve ever performed in and we’ve been in some amazing places.

There’s a lot happening with this gig, we’ve a great show lined up and maybe even a surprise or two in the pipeline.

Tickets are selling fast but there are still a few on sale for Hotter Than Hell on www.ticketmaster.ie.

If you would like to be in with a chance of winning a pair all you have to do is answer this question:
Which member of the real Kiss band does Marty play on stage ?
(a) Paul Stanley
(b) Gene Simmons
(c) Jon Bon Jovi
To enter simply text the word FAME plus your answer and your name to 82727.
Lines close on Wednesday November 17.