The nice people at Kulov, the pure, light and exceptionally clear vodka brand has launched a major text-to-win promotion, offering the chance to win a luxury break for two to Iceland. 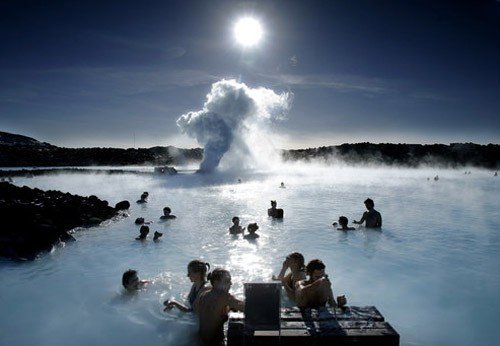 Distributed by United Wine Merchants, the popular vodka brand is providing travel, a two night stay in a 3* hotel in Reykjavik plus entry to the Blue Lagoon Hot Springs, a naturally-occurring geothermal spa with water temperatures of 100 to 110 degrees all year round.

Commenting on the launch Martin McAuley, Managing Director of United Wine Merchants said: â€œThe Iceland trip caters for all tastes. Reykjavik is an amazing city, with great shopping and nightlife while the Blue Lagoon hot springs, surrounded by snow-capped mountains, is one of the most picturesque and relaxing experiences when visiting Iceland. As such we are anticipating increased demand for the already popular Kulov brand.â€

The promotion will run until 31st December 2010, with entry details placed on bottle neck collars, and is being supported by advertising and in-store point of sale activity.

A series of weekly draws for Kool themed prizes will also be coordinated as part of the promotion, where two lucky winners will each win a prize for eight weeks until 19th November 2010. For further information visit www.kulovvodka.co.uk