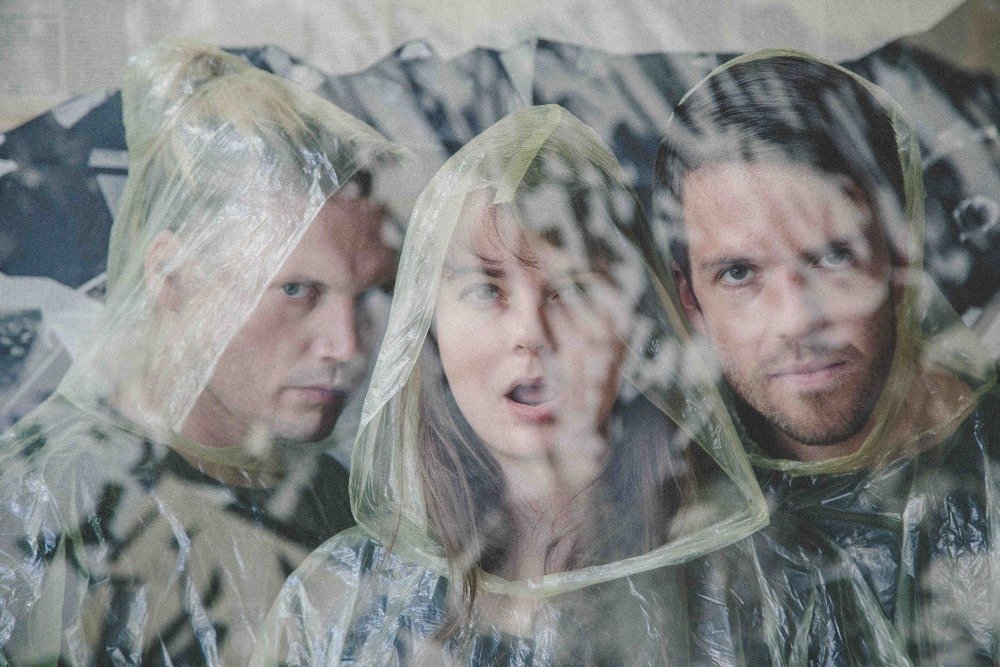 It doesn’t happen too often that you get something that makes you scratch your head, after you hear it for the first time, and then forces you to hit play again and listen to the whole damn thing from the top! And then you’re still like: hmmmmm. But in a good way. Just the other day, Agglo, the latest instalment from a Swiss / German Post Jazz outfit called Me&Mobi, did just that to me. THANK YOU, BTW!

The record covers so much ground musically, that I could spend the entire article recalling all the genre and micro-genre references that I spotted. Clearly, there are a lot of freaky Free Jazz moments, but also a lot of Post Punk inflections, a bit of very loose, Dilla-esque beat treatments, all types of Electronica artefacts (with a hint of club), and even a bit of Noise and Ambient (that would be my rough assessment). To be clear though, none of it crystallises for too long, nor does any of it appear in its purest form. And this is exactly what I love about this record. It’s a fucking musical mutt! Shout outs to Prologue Records for finding and signing these cats! Big ups to the Me & Mobi’s for not giving a fuck and creating a very original batch of music.

Intrigued, I reached out to the band and had a quick chat with one-third of the formation – bass, improv. extraordinaire, Miss Lisa Hoppe.

Despite some upbeat moments, this record has a pretty dark aura about it.

Why such a bleak vision of the world?

Actually we wouldn’t say ourselves that ‚Agglo‘ has a particularly dark mood. We see the music of the album as a combination of mysterious, sometimes spherical and sometimes wild, energetic moods. It’s always up to the listener to decide if somethings feels rather dark or soothing. 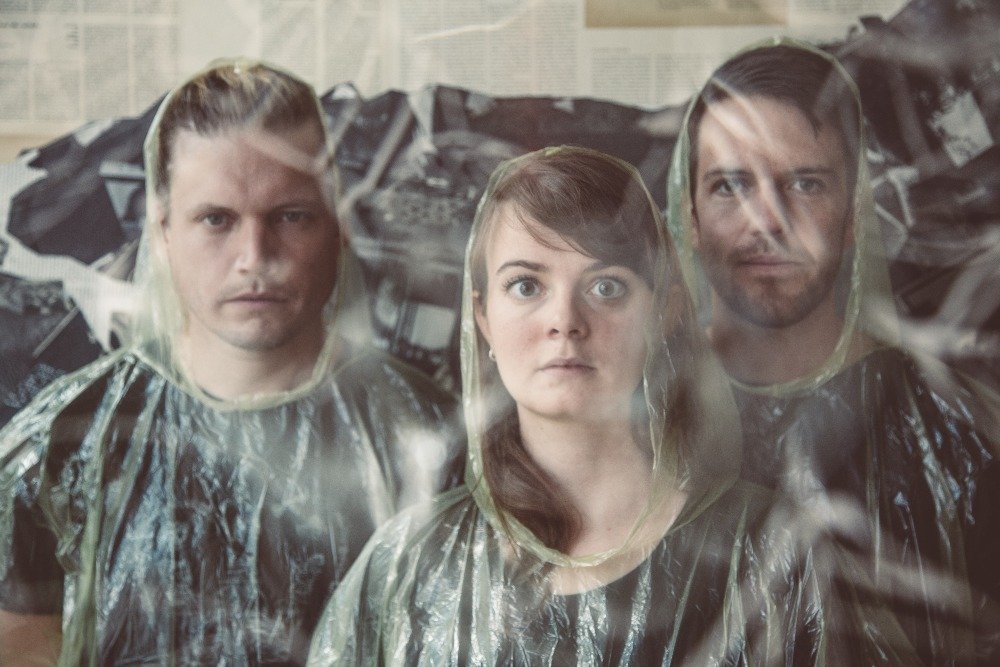 Fair deal. Tell me this, then, did the music evolve organically or did you guys work with a conceptual frame-work?

During the working process of recording and producing we developed a meta-concept, or a backstory, so to say. ‚Agglo‘ is short for agglomeration, and it describes urban spaces, living in gigantic suburbs of mega-cities. Instead of drawing inspiration from mother nature and mountain panoramas, we find our romance within concrete and technology, and people interacting with it. This concept reflects also in our music, in which we combine double bass, electro-mechanical piano and analog drums with various effects, samples and synthesizers.

The soundscape proposed on this LP is very unique, can you tell me about how you went about shaping this particular sound?

We went back and forth between composing, rehearsing, recording, editing and mixing, all of the songs developed and changed a lot during the working process. Most of the time we worked on two or three songs at the time, and when we ran out of ideas, we continued with something else.

Since a big part of this record was made possible through a creative use of the studio, how do you recreate this sound in a live setting?

A recording and a live show are two different art forms anyway, both with their own advantages and challenges, so we don’t try to reproduce on stage what we did in the studio. In the shows we are actually improvising a lot and so the songs sound different every night. Plus we have several parts in the songs that are open and so are the transitions between the songs. That way we keep in touch with the very moment of the show, the audience, the room, even ourselves.

I tend to ask most musicians, who are somehow affiliated with the Jazz scene, about this – is what we call Jazz these days really Jazz? And what is Jazz, anyway?

The term Jazz is extremely overused these days and especially in Europe we tend to describe any music with ‚Jazz‘ that has an experimental approach. And even that jazz is one of many influences that we combine in our own music, that doesn’t make us jazz musicians at all. We are musicians, we improvise, we like jazz, we might be able to imitate it.

What’s going on in Switzerland? We’ve been getting a lot of great music from there in the last few years, so I was wondering why now, and what’s driving the scene there?

Actually there have been a lot of interesting things going on in Switzerland for decades. But maybe it’s only now that the Swiss scene is opening up more and mingling with the other European scenes – and so now Swiss artists get more international attention?

Who are some of your favourite Swiss artists at the moment?

Will you be playing in London anytime soon?

Hopefully soon! We are planning on playing in London in autumn 2018!

In closing, who is Me and who is Mobi?

This secret lies in the depths of the long struggle of finding a band name. Moby (Dick) is Fred’s and Phil’s nick name for my double bass.