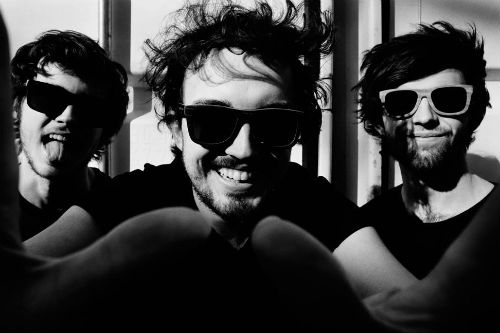 First up can you introduce the band to our readers?

We are Wild Smiles from the Winchester area and spend all our money on diet coke.

How did you form and why did you pick your band name?

Me ( Chris ) and Joe are brothers and we met Ben through a busker on the high street. There is no real reason behind the band name except we thought it sounded cool.

Do you remember your first gig? What did you think of it?

The first gig as Wild Smiles was basically to just our parents, it was in a pub called Avondale House and we didn’t tell any of our friends because we felt pretty nervous.

How has your music evolved since your 2013 7”, Sweet Sixteen/Tangled Hair?

I think we’ve become more of a band and tighter. I’ve also learnt to sing a little better so i don’t have to hide my voice in as much reverb. 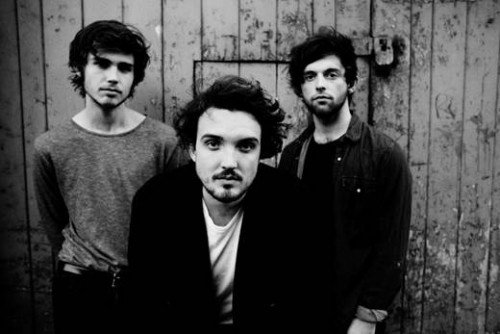 Can you tell us more about ‘Never Wanted This’ …“I could get a job I could wear a suit/A monkey in a suit to make some money”.

Never Wanted This is about doing or not doing things that you original planned to try be with someone who in the end could or might not make you happier then the dreams you did have.

Your album ‘Always Tomorrow’, tackles important issues. What were your influences whilst writing this record?

The album is just about what was going on in our lives at the time. I’m not imaginative enough to be able to make up stories about having parties on boats and driving porches so i just keep to what i know.

What’s the best and worst thing to be in a rock band?

The best thing is being able to go to places and meet people you wouldn’t otherwise. The worst bit is the waiting around.

What are for you the best songs (or album) to listen to while traveling?

The album is out on October 27th and next week we are going to Germany for the first time!