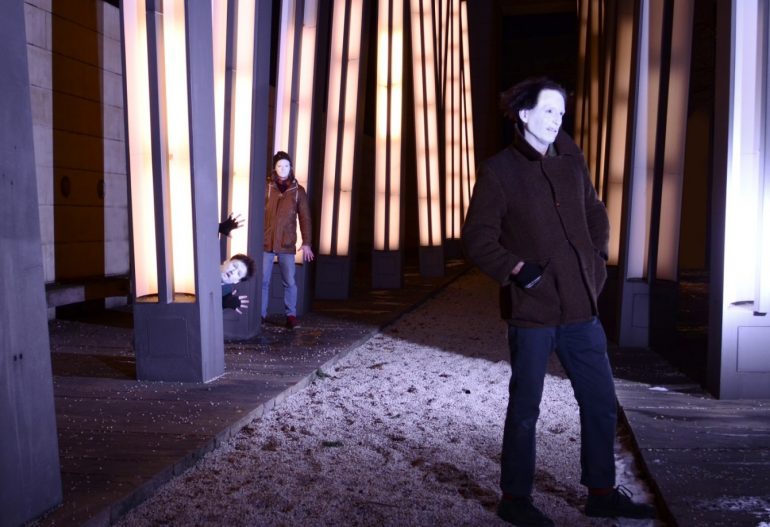 The German trio White Wine, the psychedelic pop project led by Joe Haege (31Knots, Tu Fawning) + Fritz Brückner and Christian Kühr – unveil not one, but two new tracks ahead of their fourth album, released via Altin Village & Mine (US distribution via Forced Exposure) on September 29th, 2017.

The first single called ‘Hurry Home’, its a sweetly spacey and experimental pop number…”Mainly a song about those who are in power – explains Haege – or those seeking it, and how they have finally gotten a firm grasp of technology and how to spin any truth into an un-truth. They have succeeded in dividing the general population to where no one can tell what’s going on. And while we all preach to the feeds of our beliefs, the same old world of “kill or be killed” is alive and well. To be aware and watching this process unfold is maddening and it makes you want to run home and hide. But then you’re killing the hope of changing it. It’s all a vicious vicious circle. If designed or engineered, some would say it’s brilliant.”

The equally exciting, non–album–bonus–track ‘Feelers’ is “a simple question – says Haege – posed to people that talk out of both sides of their mouths. If you can cherish life so much and view it as sacred, then how do you deny those who are trying to simply stay alive? or fighting to not destroy the planet on which we live?