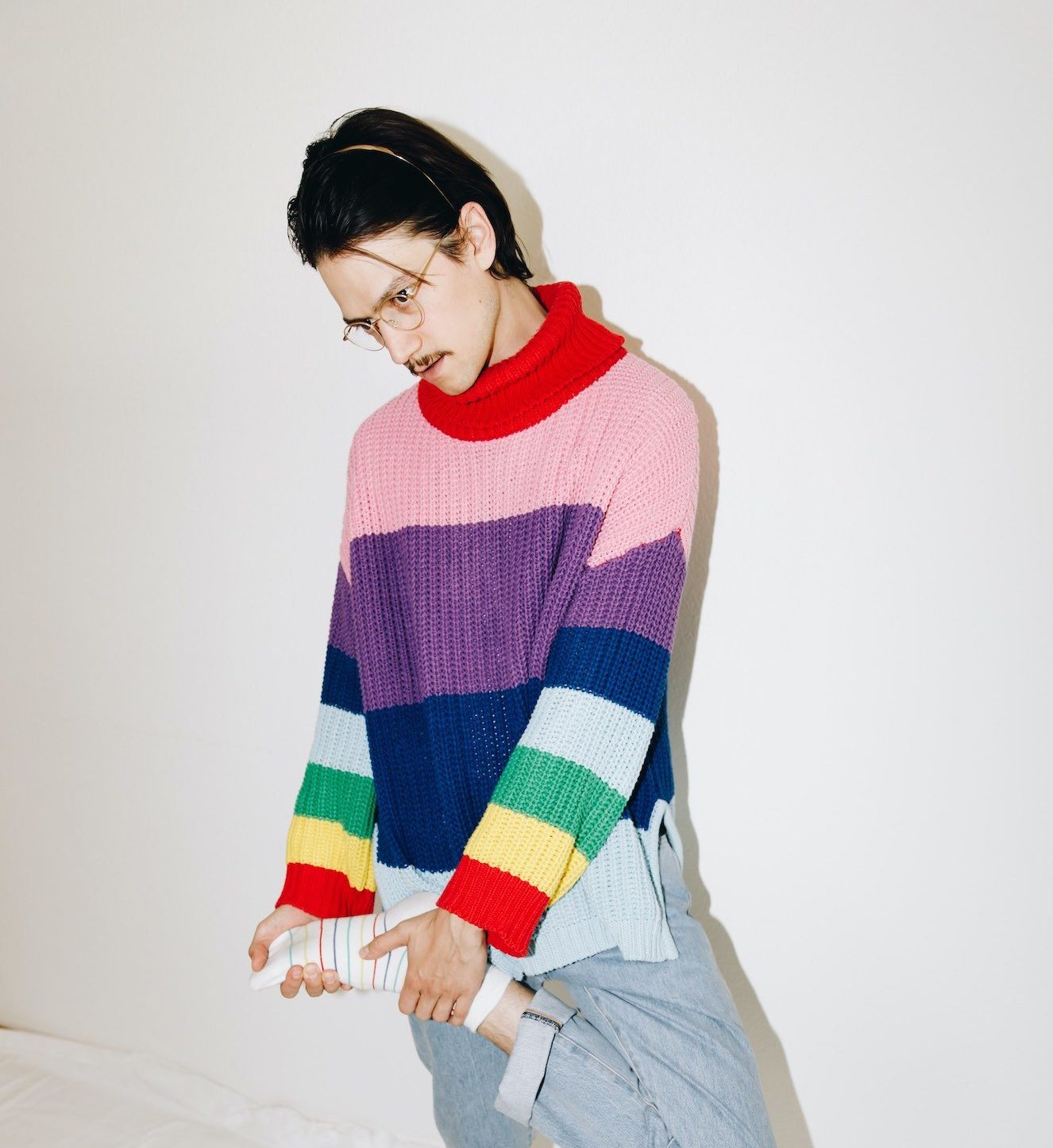 You ever heard the saying “people who live in glass houses shouldn’t throw stones?” Well, sometimes, and especially in music, I think they should!  As a matter of fact, I think all musicians should. ALWAYS! Because how can music evolve if you stay in your comfort zone? If you approach convention and canon like it’s the Holy Scripture! It’s the duty of every artist to tear down what came before them, especially when it comes to their previous work, to be able to start anew. To create something that is a true expression of this moment in time.

This, of course, always comes at a risk, because you are aiming to deliver something that is, if not up better than what preceded it, then at least, up to par with it. Swiss off-beat singer songwriter Long Tall Jefferson seems to be enjoying the sound of broken glass. With the release of his new album Cloud Folk he took a bold swing at the conventions of art-folk. He expanded the musical vocabulary of the genre, from standard acoustic instrumentation and the faux-lo-fi aesthetics, by reaching for modern, sleek pop obsessions: auto-tune and a synthetic orchestration. His approach is still tasteful, well calibrated, but never the less, against the grain! It’s a wonderful experiment, and one that turned into a very fun and rather original artist statement.

Cloud Folk is officially out on Red Brick Chapel Records, the vinyl is available on Bandcamp. To find out where this impulse to shake things up in the folk world came from, we sat down with Mr. Long and picked his Brain a bit.

There were definitely a lot of first time ‘Wow’ moments. Like the first time I put autotune on my vocals on “Follow You Around”.

Cloud Folk, what is it?

The short answer is: it’s a genre I made up by blending traditional folk storytelling with contemporary sound elements. The long answer is: it’s an imaginary place, a proposition that became my guiding light in the process of making this record. I wanted to spice up my songwriting, challenge myself and find a new voice – a new feeling within my music, after releasing two rather traditional folk records. Cloud Folk functioned a bit like a dogma though a very short and vague one. I would ask myself constantly, “how can this be more Cloud Folk?” which lead me to using a lot of autotune, cloud rap influenced beats, noise textures and synth sounds. All of these things contributed to the tapestry that became my third full length record.

When did your fascination with autotune begin?

For me, like probably for everybody else, it started with Cher and her hit Believe.  I remember sitting in the backseat, driving to see family one Sunday, listening to the charts – which was my No1 Sunday afternoon duty for a couple of years in my early teens – on Swiss national radio. “Believe” came on and there was this weird sound in the vocals, it was a very peculiar sensation. Soon enough, I forgot all about it, but in recent years there was really no way around this sound. Lots of music that I really love was full of it. Somehow it found its way into my music.

Who, in your opinion, is the absolute master of autotune? And why?

Wow! Hmm. I don’t really keep “best of” lists, to be honest. But there definitely are some artists that really made me fall for this sound. Kanye being the first one that comes to mind, but also a ton of others, like Travis Scott, Bon Iver or German artists like Hayiti, Trettmann or Yung Hurn.

I read somewhere that this effect works best if you’re actually singing off-key, is that true?

Haha, well autotune was originally a pitch-correction tool meant to be used to subtly even out the off-key moments in a vocal performance. Theoretically, if you sing perfectly on pitch there’s nothing to correct. So yeah, you definitely have to suck a bit at intonation to make it work its wonder.

What have you learned about production and writing songs from making this record?

Gosh, I’ve learned so much that I don’t even know where to start! When I took the production completely back into my own hands, towards the end of the process, I knew that the most intense part is still ahead of me. The hours spent perfecting little sounds and layers taught me that I actually can finish such a record on my own, despite all my insecurities around computer-based music making. That was a very important lesson for me, which boosted my confidence. As far as writing is concerned – especially with the lyrics – I tried to be a bit more hands-off, with my rational mind, and really trust my subconscious to make good decisions

What was the most fun thing about the process?

There were definitely a lot of first time ‘Wow’ moments. Like the first time I put autotune on my vocals on “Follow You Around”. Or the first time I hooked up the Mini-Moog clone with my computer for the lead sound in “(I’m in Love with an) Astronaut”, or recording the synth bass and fluttering electric guitars, one night, for “Everything Is Wrong” – basically anytime I felt like I just unlocked one more level of Cloud Folk, that was über-exciting.

It’s hard not ask this, but what will you do now, since playing live is not possible at the moment?

Right now, it feels like all I’m doing is representing this album on all channels. And we’re still rehearsing the new set with my band even though our tour has been moved to spring. It gives me a lot of joy to see these songs take on a new life, and keep evolving. Besides that I’ve started to write new music and I’m trying to unwind a bit, I guess.