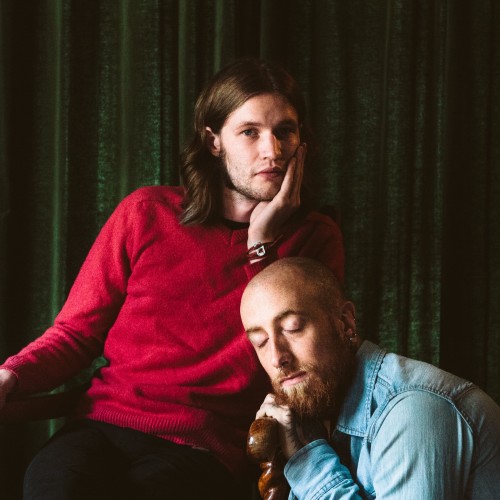 Sheffield’s ‘favourite sons’ and death-blues duo Wet Nuns, have been on a roll since they hit the scene in 2012.

In that short space of time the death-blues act have been praised by music magazines across the land, radio stations and much more. They have also numerous well-received live appearances and headlined UK tours.

They are now set to embark on a fourth UK tour too. However before that they have a new single ‘Hanging’ (released on September 16th) to promote and a self-titled debut album to plug as well (out October 9th), released on their own label, Throng Of Nobs, on vinyl, CD and digital download.

We at Fame were lucky enough with them prior to the release of their single and here are the highlights from that informative chat.

First up I guess we have to address the band name. How did that come about?

Wet Nuns is the simplest term we could find to describe our sound. People automatically think it’s a dirty name, which is ridiculous. If we wanted a dirty name, we’d have called our band ‘Thatcher’.

And we all know we’re not alluding to the ancient occupation of building roofs out of reeds and chicken wire….

What about the sound, we have called it death-blues, but there is more there we feel. How would you as a band describe your sound to our readers?

Actually, we were the first to coin ‘death blues’. In fact, we have copyright over those two words when used in conjunction. You will hear from our legal team shortly.

You have not only a new single, but an album coming out soon. What can you tell our readers about them?

People are constantly asking us “Are you pleased with the album? Is it good?” Well, would we be releasing it if it isn’t good? That may not trouble some bands, but the quality if our music means a lot to us.

The simple answer is; yes, our album is fucking brilliant. It comes out on 7th October on vinyl, CD and international download. We can’t wait to record the next one.

How do you come up with new material. For example do you rely on outside influences for inspiration, or do ideas come flooding in naturally?

Is this a nature/nurture question? Any scientist worth his/her salt would give a variety of answers, based on the vast research into this subject. We were of course both born with very powerful musical abilities, engineered through centuries of covert musical eugenics.

However, the environment and style if our respective upbringings have helped to shape, refine and sustain our incredible skills. 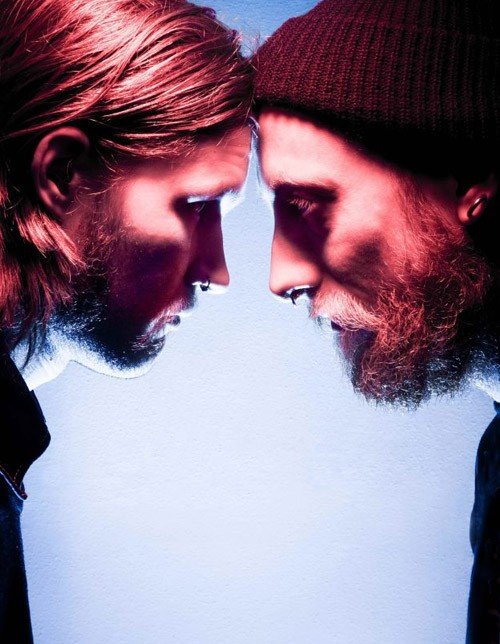 You have received a huge level of positive praise and interest from the media already. How does it feel for you as a band to receive such accolades?

Actually, it’s rather boring, the amount of praise and sycophancy we receive. We’re hoping to completely disappoint and alienate our following with this album. In fact, we are currently employing a team of media-savvy saboteurs, to engineer terrible reviews in a variety of media formats.

How did Wet Nuns form and had you any dreams back then?

We met through a mutual friend who wanted to form a punk band. After we buried him, we continued as a two-piece. We did have dreams back then, but they were very run-of-the-mill dreams. Like the old ‘teeth falling out’ dream, and the dreams where lots of your friends are in it, but you’re all in a really unfamiliar place and loads if weird shit happens.

Nowadays we both have rather odd dreams about constantly urinating. It’s a bloody good job our bladders know the difference between dreams and reality, I’ll tell you that for nowt.

From a live show point of view we hear one of yours can blow an audience away. Would you care to elaborate on that for our readers?

We have both been to many gigs that were unbearably drudgerous. While we would never describe our gigs in the wildly flatulent ways that many journalists do, we just try to keep our gigs interesting. Please excuse the incorrect use of ‘flatulent’ in that previous sentence. Not sure what happened there. 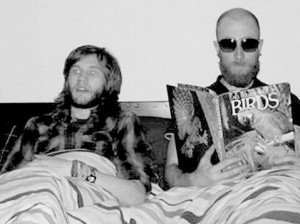 You have played some big festival events so far and we are sure many more will be on the horizon. Can you tell us what it feels like stepping in front of a large crowd of people who may not know you or your material?

We both get so nervous, that we have developed a new serum that utterly suspends all senses for a half-hour period. This means that we are both blind, deaf and numb to all around us as we play. Occasionally the serum wi wear off during a gig. As a consequence, we have sustained very large debts to underwear retailers.

What about plans beyond this upcoming UK tour. What can expect from Wet Nuns in late 2013/early 2014?

Probably more of the same, but somewhere else. We also have an epic follow up to the album, planned for Easter time next year. As well as that, we launch some more new music on our label Throng Of Nobs, and continue putting on sweet gigs as Detestival Presents.

May we ask you how active you are in the world of social media and how important do you think it is to a band in this day and age?

Very. Very important. BUT FOR HOW LONG?! What will the next Facebook be? It’s already a graveyard of event pages and crap groups. Twitter cannot sustain a band following on its own. We all need to anticipate the next social networking giant, and fucking jump aboard. Sharpish!

Finally what about hobbies outside of music. What keeps you busy beyond the realms of music?

We both like long walks on moors, collecting skulls, visiting wildlife parks and petting farms. Alexis also really like bird watching. And Rob collects vinyl too.