With only days to go, GUINNESS & CO announced that Westlife, one of Irelandâ€™s most successful bands ever plus chart topping Irish sensations, The Script will perform alongside other international artists as part of the Arthurâ€™s Day celebrations in Dublin on 23rd September.

With over 1,000 planned events nationwide, over 150 confirmed artists and 200 hours of live music performance; the excitement around the Arthurâ€™s Day celebrations is mounting, with all ticket sales going to the Arthur Guinness Fund.

Arthurâ€™s Day honours the remarkable legacy of Arthur Guinness, the pioneering brewer and philanthropist who signed the 9,000 year lease on the St. Jamesâ€™s Gate Brewery in 1759 and introduced GUINNESS to the world.

Also added to the incredible line up is Sharon Corr, who will play as part of the nationwide celebrations in Cork while Imelda May will also be appearing in a Cork City pub before raising a toast at 17:59 and performing at Galwayâ€™s Folan Quay outdoor venue before finally ending her Arthurâ€™s Day with a performance at the Olympia Theatre in Dublin.

Westlife, The Script, Sharon Corr and Imelda May, along with previously announced studio artists such as Snow Patrol, Paolo Nutini, Brandon Flowers and Manic Street Preachers, will also all be playing a surprise performance in Arthurâ€™s Day pubs in Dublin, Cork and Galway on the night. 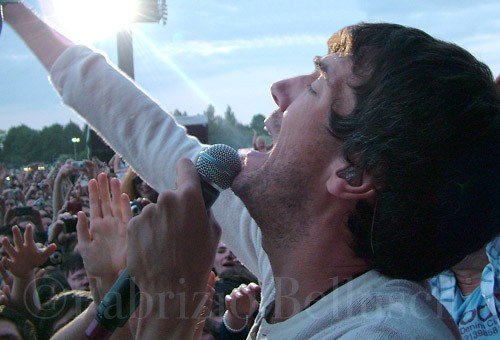 Additional pub artists to join the line up include the UKâ€™s Morning Parade and The Shoestrung.

Westlife, speaking ahead of Arthurâ€™s Day said, â€œWe’ve heard the atmosphere last year was incredible, so we can’t wait to get into Dublin and be part of what is fast becoming one of Irelandâ€™s biggest days in the year. Itâ€™s a chance to play with some fantastic artists and shock a few fans by rocking up unexpectedly to one of the local pubs. See you on 23rd Dublin!!!”

The Script said: “Playing Arthurâ€™s Day is a huge moment for us to be part of something for our home country. After being out on the road away from home we cannot wait to be in Dublin and play alongside some amazing bands plus turn up unannounced and play in a pub…we’ll see you on Arthurs Day.”

Imelda May said: “Last year there was a great buzz in Dublin, the city really came alive with brilliant music and everyone raising a pint to the man himself. This year though is bigger and I am so excited, as I will get a taste of Arthurâ€™s Day in each of the three cities; I am starting in a pub in Cork, then toasting Arthur at 17:59 on the outdoor stage in Galway before heading back to Dublin to close out Arthurâ€™s Day in the Olympia Theatre. It is going to be mad but I canâ€™t wait. Bring on Arthurâ€™s Day!â€

Sharon Corr said: â€œLast year on Arthur’s Day I was in the studio in Dublin recording my album and escaped for a few well earned pints to celebrate Arthur’s Day. This year I am playing those songs for Arthur’s Day in Cork. I dreamed of this! See me in The Savoy and the secret pub!â€

Orla Flanagan, GUINNESS Brand Manager said, â€œWith only a few days to go the excitement is palpable. We have created an interactive map of Ireland on Guinness.com, where hundreds of Arthurâ€™s Day pub celebrations are listed and the geographical spread of events shows just how much people around the country have embraced it. We have just launched an Arthurâ€™s Day iPhone app, which will be a way for people celebrating Arthurâ€™s Day to share toasts and connect with friends on the day. After only 72 hours, the app is already No.1 in the iPhone app store!â€

Commenting on the additions to the line up, Flanagan said, â€œWestlife are an iconic Irish band having had huge success over the last 11 years. We are particularly thrilled that local lads The Script can perform on the day too as they grew up in Jamesâ€™s St, only a short walk away from the home of GUINNESS. Itâ€™s great to see the anticipation building for the big day.

An interactive map of Ireland with a full list of events and artists taking place all over the country can be found on www.Guinness.com/arthursday

The Arthurâ€™s Day iPhone app will give people the ultimate Arthurâ€™s Day experience. Created to allow the whole of Ireland to come together and share in the celebrations on Thursday 23rd September, the app offers information on events taking place throughout the country and allows users to share toasts with friends and on live TV and also track where their friends are toasting on the night via a geo locater and a Facebook link up. The Arthurâ€™s Day app is available to download free of charge from the the Apple App Store.

The Arthurâ€™s Day celebrations will be broadcast live into pubs across the country via Sky Channel 881 kicking off at 17:45 on the day. Presented by Patrick Kielty and Colin Murray, the broadcast will feature the live toast at 17:59 at St Jamesâ€™s Gate Brewery, music performances from various venues as well as behind the scenes artist interviews. A selection of toasts captured via the Arthurâ€™s Day iPhone app will be broadcast via a ticker on Sky Channel 881.

There are a very limited amount of tickets still available for some Cork and Galway pubs via local ticketmaster outlets only with proceeds from all ticket sales benefiting the Arthur Guinness Fundâ„¢.

The Arthur’s Day celebrations will begin at 17:59 at St Jamesâ€™s Gate Brewery in Dublin on 23rd September. The celebration will then continue with activities and events at various locations in Ireland and throughout Africa, Asia, the Caribbean, Europe, and North America.
Arthurâ€™s Day celebrations are strictly over 18â€™s events.
www.guinness.com/arthursday