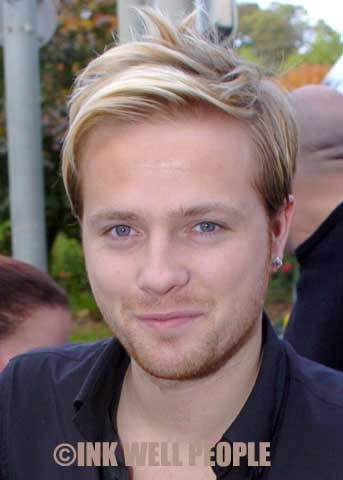 By Ryan Kennedy
Photo by Fabrizio Belluschi
WESTLIFE singer Nicky Byrne has revealed he was about to join the Irish police force before his voice drew the attention of a talent scout.

In a recent interview, the County Dublin-born star said had already sat the entrance exam for the Garda and had been put on the waiting list for recruitment when he joined Westlife.

He said: I had a fascination with the police force. I got the call about a year later just as we had our first No 1.

Swear It Again was released in March 1999 and went straight to the top of the charts in both Ireland and the UK, and by then his uniform was ready to be worn but the star’s mother had other ideas.
He said: My mum was like: No, he’s not going to take that up at the moment, but thanks anyway.

Westlife’s new album Back Home is out now ahead of two appearances at Belfast’s Odyssey arena in February as part of their tour of the same name.
aikenpromotions.com
westlife.com