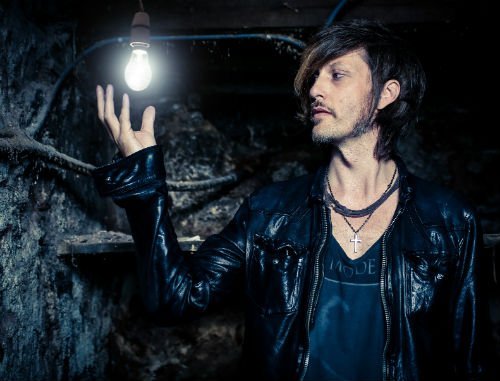 We Take Polaroids is the exciting new project born from the ashes of electronic band Burn The Negative, which Carlisle’s Mark Baker was the charismatic lead singer and songwriter.

Now signed to London based electronic giant, Gung-Ho! Recordings (Japanese Popstars, Gus Gus), there are a number of EP’s to expect for the immediate future.
Check out the impressive EP ‘New Horizons’ (out now), incl. Ippon Ken – FREE GIVEAWAY, and our Exclusive Q&A with the very talented Mark Baker.

Can you talk a bit about your new EP ‘New Horizons’?

Unfortunately, New Horizons and Epically You are both negative views to relationships. I must have a hang up somewhere! Don’t tell my fiancée! New Horizons is the main single, it really reflects, in an indirect way, how I was feeling at a specific time.

Although everything is very positive, I imagined going through the events such as new relationships and new fatherhood and positive relationship with someone who never felt the same way as I felt. And how upsetting that would be.

There’s a dark element to the lyric regards “there’s a darkness behind your eyes, a place which I couldn’t imagine”.

I think we would all instinctively know that there was something wrong in a relationship and we’ve all been there, the lyric continues to really sell a positive view to a relationship. I guess it’s quite a sad track even tho the title sounds, I suppose, happy?!

Epically You is a very similar take to be honest, the reason I felt they should sit together on the same EP.

Both tracks are big choruses and really ‘up’ production. I wrote them both at very positive times of my life which I think is really reflected in the musical mood aspect.

The instrumental pieces are very important to my sound. It’s a part I love. Building atmospherics and mood from them can be quite exhilarating. 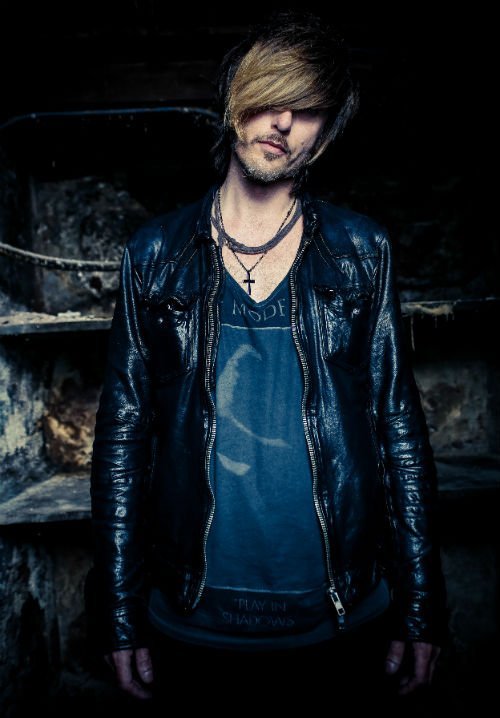 Whats the dream behind We Take Polaroids?

It’s just to build the momentum of We Take Polaroids, there’s no stress with this project, the label has given me free reigns to write and progress as and when, now we’re on the second single though, we’ll probably step it up a degree now, with new material.

I’ve been so busy having babies and now my time can be devoted to pushing WTP forwards.

How much of Burn The Negative is in We Take Polaroids?

All of it really, I wrote Burn The Negative with the same methods in writing now. The difference is the finishing. I don’t get guitars to replace or back up my synths. I keep all synths / keys in. Bass guitar will be more involved though.

Gareth Milburn (former Burn The Negative bassist) is back involved with the LIVE aspect and it’ll inevitably mean he’ll be used and abused in the studio. That’s a We Take Polaroids progression for new material.

It comes down to the artists really. There are people who are producing music I feel connected to, Bowie, Nine Inch Nails, London Grammer, Prefab Sprout, Wild Beasts, Boards of Canada and Depeche Mode are all creating works of art at the moment. 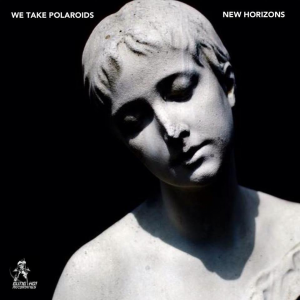 It’s got to be the transitions in how I’m marketed, sold even. It’s hard to see the bigger picture sometimes. Seeing my music being robbed on sites and losing revenue, like many other artists. It’s frustrating.

We (myself and Carlisle lad, Jay Wykes) did some live experiments last year, one at Carlisle’s Uber courtyard alongside contrasting club DJ’s such as Derrick Carter, Slam, Alex Metric, & Yousef. Although I write very different music to what we were surrounded by, I never felt uncomfortable. I suppose as Burn The Negative , we were always in the club tents / rooms. Supporting Eric Prydz and other DJ’s.

UBER know what I do and it’s great to get the support to play. My overall thoughts regard our performance was that I needed a bassist, and now I’ve got Gareth back, the picture is complete. I’m looking forward to trying out new ideas by the end of this year. Rehearsals have began.

Undoubtedly Matt Stuart from Gung-Ho! Recordings, he has supported my musical output for over 5 years now. I really don’t want to work with anyone else. We have a very cool hand shake agreement on everything. We’re mates now above anything. I don’t see labels work like Gung-Ho!

It really is a modern day Factory records. The coolest set up I’ve ever been involved with. People need to support labels like this, Matt has the capabilities of unearthing real artistry in music and it needs commending. Go and follow Gung-Ho! records.

I’d maybe love an album possibility in the future. We Take Polaroids songs are growing fast and I think an album would paint a picture maybe the EP’s couldn’t. That said, I do love EP releases.

There’s a few. I’d like to possibly produce or even write for other artists. Maybe a few guests on the We Take Polaroids material would be nice. Johnny Marr guesting on guitar would be cool. Hayden Thorpe from Wild Beasts on guest vocals, David Sylvian, blah blah blah.

I’m also producing house music under the guise of Mark Zowie and that’s another way I could work with artists that may not suit the We Take Polaroids sound.