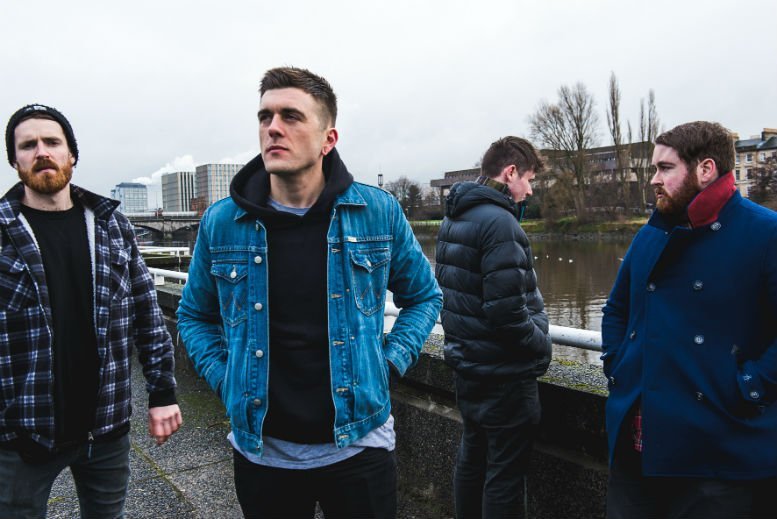 Hello We Came From Wolves! Tell us about your latest single ‘Ruiner’?

The album is kind of a concept album, but more truthful, a kind of biography of a period in my life from my mid-twenties to the time of writing in my later twenties, it is pretty sequential and ‘Ruiner’ comes right at the period where I’m figuring out my own wrongs and shortcomings, opening up and almost putting the demons to rest, however, the undertone is one which questions will they ever fully disappear?

The song really started with the intro riff, from there we built up the verses. Unlike a lot of other songs this one was actually finished whilst in the studio, we played around with a couple of structures and nothing felt right.

We worked on it with our producer Bruce Rintoul and figured out the final formula, it’s a little bit different to our usual stuff, quite angular and split into pretty different sections, but somehow flows and the feel and symbolism of the song meant we wanted to choose this as the single to introduce a new start for the band.

The single is from your debut album which was released last year – how has the last 12-months been for you?

It’s been great to be honest, we sold out our album release show at a big venue in Glasgow, then jumped on some great tours to promote it, we picked up a SAMA (Scottish Alternative Music Award) for “Best Rock/Alternative” band and have had a great response from our debut, so it’s been a lot of work but some great pay off’s emotionally to alleviate some of the stresses!

There’s been a line-up change! How come?

Former members Taylor and Harrison White (brothers) decided that they weren’t as comfortable with the intensity me and and Rob were setting and putting in place with our manager Andrew, they wanted to slow things down and have room to concentrate on other things, I respect their desires for their own lives but that was never gonna be our way forward so we all amicably parted ways, and we have brought in Michael Mackay on lead guitar and Andy Donaldson on drums after a long audition process to ensure every aspect of the new members was the best fit possible, and after around 6 months rehearsing, and just back from our first tour…I can honestly say I’ve never been more optimistic for the future of this band. 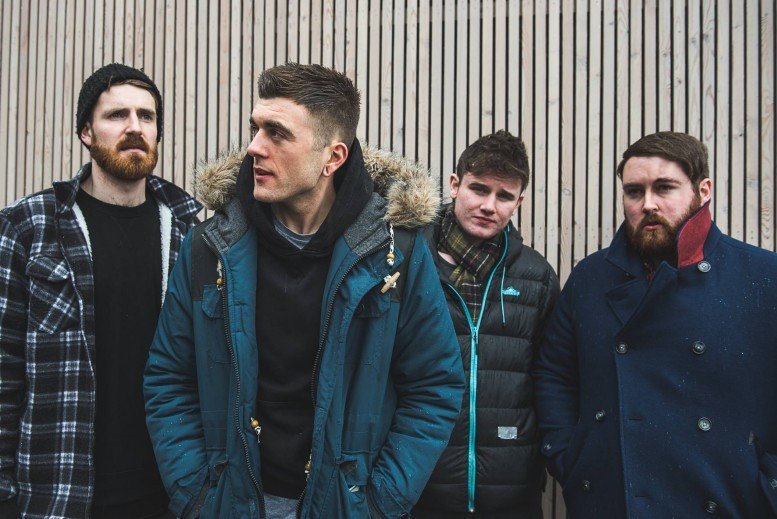 Tell us about the new Wolves members?

Andy is a real happy go lucky fella, I’ve told him he reminds me of an Alsatian dog, just bounding around happy with everything… he is also one of the hardest hitting, rapid drummers I’ve ever seen live. I’ve known of his ability for years, but he is one of these freak musicians who hasn’t played live for over 7 years, then came into this and is playing like that’s ALL he has been doing for 7 years… he is a great addition, as is Michael Mackay, our new lead guitarist.

We didn’t have prior knowledge of “Mackay” and the guitarist position was proving trickier to solve with no stand out candidate, but we weren’t gonna settle so set about practicing as a three piece, me, Rob and Andy until we solidified an appointment. Mackay responded to an ad for the position, and as soon as I saw his video cover of our track “Where’d Your Love Go?” I knew he was the guy, we had a few jams and made it formal.

He is a bit quieter than us all on the surface (which is a good job as it balances out the rest of us) but is a great lad with a cracking sense of humour too. I honestly feel like we have all been close friends for years, which I guess when you look at how much time we have spent together in close proximity over the last 6 months, is a very good thing!

Now the new line-up is in place, how are you feeling about the future of WCFW?

I touched on it above, but genuinely I’ve never been more optimistic – this was our third line up since the original pre-White brothers line up so it was daunting facing the task of replacing two great musicians, writers, and friend, but it is what it is.

We have laid some heavy targets down in front of new guys in the last few months, with a stack of back catalogues to learn mostly by ear, 6 hour rehearsals every Saturday, a commitment to personal rehearsals every night, an undertaking on the behind the scenes duties of the band and being available to play everything put in front of us, and the response has been nothing but positive – that’s why they are in the band – and the shows we just came off were excellent. So many good vibes, enthusiasm and energy from us and in turn, the crowd – we can’t wait for more!

You’ve been on tour in the Highlands recently – how do the crowds up there differ from the city folk?

We have found that they are super welcoming of bands to come off the beaten track, and if they like the band they are fiercely loyal. We had some of our best shows ever in the last couple of days and will be back ASAP.

You’ve been compared lots of Twin Atlantic and Biffy Clyro – are you fans of these bands and do you think that’s a fair comparison?

Yeah I’m definitely a fan of those bands, I think to the casual listener, or someone outwith Scotland, they hear a melodic guitar band, singing in a Scottish accent, and going heavier at points and thats the easiest thing to shove it in a box with and it’s not at all unflattering – they are unreal bands.

I think though, in all honesty, we are pretty different – we verge on a more wordy and rythmic vocal arrangement and a more angular guitar style at points and at others, more emo driven post-hardcore influenced sounds, probably a darker sound overall, purely down to my influences in a lot of different styles of bands in my musical background, before hearing of Biffy and Twin Atlantic. I was much more of an Emo kid at first, I actually only got into Biffy because I loved Reuben and they recommended them in an article in Rock Sound – going back a few years that!

Our plans for the rest of the year are a headline slot at the biggest venue in our hometown, the Perth Concert hall on Sat 26th March, more touring round the UK, some festivals, some live sessions, releasing a couple more singles and videos from the album, hopefully getting over to Europe for some touring, writing and recording an EP for the end of the year as a little something ahead of a second album in 2017 and anything/everything we can get involved with in-between!

Dream festival line-up and you guys are headlining – who would you be proud to share a stage with?

Festivals have a lot of bands so I’ll just rattle off some I’d love to watch in the sun, and hopefully share a beer with backstage! Arctic Monkeys, The Smiths, The Pixies, Basment, Porches, Frank Ocean, Paramore, Reuben, Biffy Clyro, The Cribs.

Finally, if each member was a type of cat (ok, not a wolf but why not!) what would you be and why?

I’d be a Serval as I am very leggy, Mackay would be a Scottish Wildcat as his name is very Scottish, Andy would be a Snow leopard as he loves to snowboard and Rob would be a Lion for his big hairy main and he loves a sleep!