Producer Quincy Jones and singer/songwriter Lionel Richie, the producer and co-writer of the iconic 1985 philanthropic anthem We Are The World, have confirmed that they have teamed with producer/musician Wyclef Jean and Grammy-winning producer RedOne and producer/musical director Ricky Minor in association with Randy Phillips, President & CEO, AEG Live to record a contemporary version of the song to benefit the Haitian earthquake relief efforts on Monday, February 1, 2010.

The world premiere of We Are The World – 25 For Haiti will air during NBC’s coverage of the Opening Ceremony of the Vancouver Winter Olympics on Friday, February 12. Following the world premiere on NBC, it will air on other networks throughout the world. This project was made possible through a contribution from Visa. 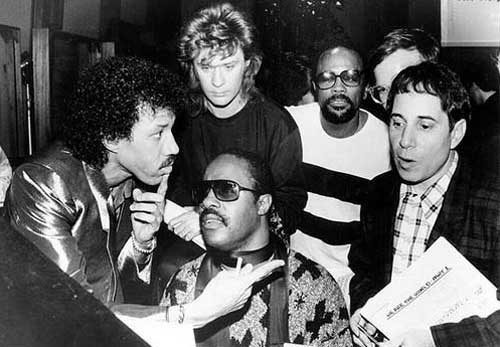 In addition to recording the landmark song, Academy Award-winning writer-director Paul Haggis (Crash, Million Dollar Baby) whose own personal efforts as well as those of Artists for Peace and Justice have already saved countless lives in Haiti, will film the session to create an accompanying video. Both the contemporary version of We Are The World and the accompanying video will be available for purchase through a consortium of on-line and retail partners with all proceeds going directly to the earthquake relief efforts in the country of Haiti through the We Are The World Foundation, a newly created not-for-profit organization made up of board members Quincy Jones, Lionel Richie, Wyclef Jean, Paul Haggis, Randy Phillips and Ambassador Louis Moreno of the Inter-American Development Bank.

Commented Jones, “25 years ago, the entertainment industry showed the power of community to help our fellow man when we recorded ‘We Are The World’ to bring relief to those suffering from famine in Ethiopia. And while the need to assistant Africa continues, today the country of Haiti is suffering immeasurably from the destruction due to the recent earthquake and is in immediate need of relief that will last long after the television cameras have left. As artists, we have joined together on this 25th anniversary and in the spirit of ‘We Are The World’ to help meet that need.” 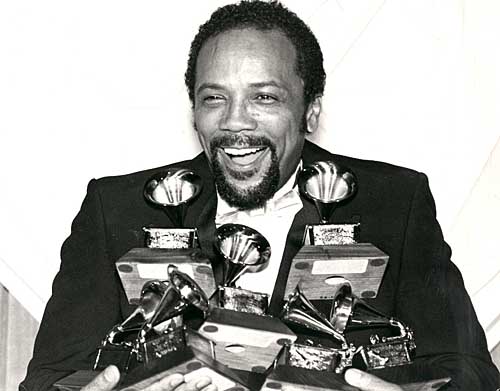 “What an unbelievable group of people who have come together to give their voices, for a cause to start the healing of a people who have experienced a devastation of such magnitude,” said Richie. “We believe ‘We Are The World – 25 for Haiti’ can be the start of the healing process.”

“On January 12th, the people of Haiti were faced with a tragedy unlike anything the country has ever experienced,” said Wyclef Jean, songwriter and cofounder of the We Are The World Foundation. “Today, I am proud to be joined by so many members of the artistic community that want to support the region and have donated their time and talents to providing an effective way for the global community to get involved with helping the Haitian population.”

“I’m thrilled Quincy, Lionel and Randy invited me to be a part of something so wonderful in which we are standing side by side with Haitian artists and community to help them rebuild their broken nation,” commented Paul Haggis.

Upon its original release, We Are the World quickly became the fastest selling single in history and in the years that have followed, USA for Africa has raised and distributed more than $63 million in revenue from the sales of more than 7 million units of the album, single and cassettes, plus nearly 2 million digital sales and related merchandise. Just over half the total was spent on emergency relief (food, medicine, and refugee services) and the balance was used to support more than 500 different relief, rehabilitation and development projects in 18 different countries in sub-Saharan Africa.

“When first approached about re-recording ‘We Are The World’, it didn’t seem like a great idea since the original version was so iconic,” said Randy Phillips, President & CEO, AEG Live. “Then Haiti happened and that changed everything. Quincy and Lionel decided that ‘We Are the World’ was created just for emergencies like this. This recording will have a life of its own and keep Haiti in the public eye at the same time raising much needed funds to continue the healing, reconstruction and rebirth of this country,” Phillips added.

“In the 25 years that have passed since ‘We Are The World’ was first released, technology has provided the means to make it a movement,” said Peter Tortorici, CEO, GroupM Entertainment WW who will oversee all distribution and broadcast opportunities while also serving as an executive producer on the project. “We are honored to provide our support to make ‘We Are the World – 25 For Haiti’ a powerful global platform that show what the power of community can accomplish.”

This project was made possible through a contribution from Visa. The 25th Anniversary recording will help further the spirit of activism around the 25th Anniversary of We Are the World that was at the heart of the original song and movement.