Fresh from a festival filled summer, We Are Scientists have announced that they will play Spring & Airbrake on November 30th. 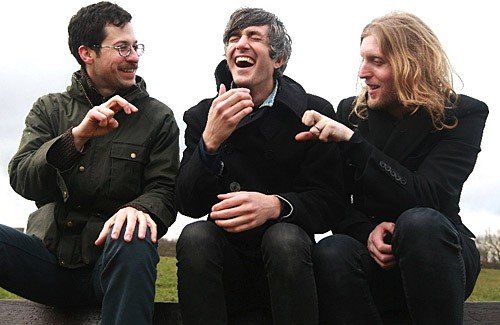 Their new line up features ex Razorlight drummer Andy Burrows and you can expect material from their much anticipated new album â€˜Barbaraâ€™.

We Are Scientists are an American indie rock band formed in California during 2000. The band features Keith Murray (guitar and vocals), Chris Cain (bass guitar), Max hart (keys and guitar) and Andy Burrows (drums), who previously drummed for Razorlight. â€˜

Barbaraâ€™ their third album was released on June 14th. This record sees them return to the stripped down production sensibilities of their gold selling debut, â€˜With Love & Squalorâ€™, while continuing to hone the melodic knack that has made them popular with fans.

We Are Scientists have toured everywhere you would assume they have.

They have supported R.E.M, Kings of Leon, Arctic Monkeys, Kaiser Chiefs and Editors.

They have played festivals from Glasontbury to Coachella to Reading & Leeds.

Keith and Chris have dabbled in television. In 2009, MTV-UK aired a series called â€˜Steve Wants His Moneyâ€™ written by and starring the bi-talented duo.

We Are Scientists will be touring UK during November including a visit to Spring & Airbrake, Belfast on Tuesday 30th November 2010.

Tickets are priced Â£15.00 plus Â£2 booking fee and are available on Friday (10th) at 9am from www.cdcleisure.com.
www.myspace.com/wearescientists