The hugely-anticipated, gritty and sinister big-screen adaptation of the most celebrated graphic novel of all time, WATCHMEN comes to 2-disc DVD & Blu-ray with Digital Copy on July 27 2009. 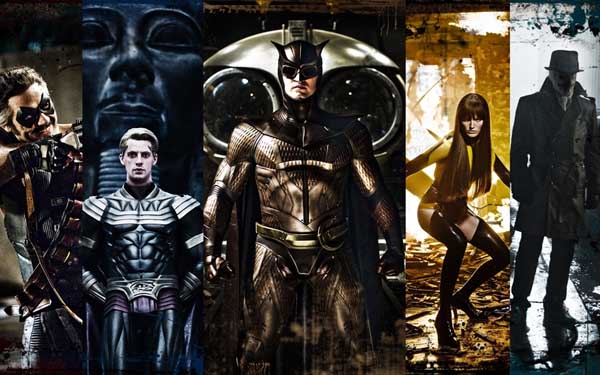 This visually spectacular film, directed by Zack Snyder (300), is based on the 80s comic book series of the same name created by Alan Moore and illustrated by Dave Gibbons. The WATCHMEN is the only graphic novel to appear on Time magazineâ€™s list of â€œ100 best English-language novelsâ€.

The 2-disc DVD comes loaded with nearly 2 hours of special features, including â€˜Real Superheroes, Real Vigilantesâ€™, 11 Webisodes, four viral videos and the music video for the My Chemical Romance version of the Bob Dylan song, â€œDesolation Rowâ€, which was recorded for the film.

The Blu-ray version will give audiences a stunning viewing experience, featuring 5.1 Dolby TrueHD and containing all the special features from the 2-disc format. In addition, a Digital Copy of the film is included to be easily transferred to a computer, Video iPod, iPhone and other portable media players.

A complex and multi-layered mystery adventure, WATCHMEN is set in an alternate 1985 America; a world darkened by fear and paranoia in which costumed superheroes are part of the fabric of everyday society, and the Doomsday Clock â€“ which charts the USAâ€™s tension with the Soviet Union â€“ moves closer to nuclear midnight.

When a former colleague, The Comedian (Jeffrey Dean Morgan â€“ TVs Greyâ€™s Anatomy) is murdered, the outlawed but no less determined masked vigilante Rorschach (Jackie Earle Haley â€“ Semi-Pro) sets out to uncover a plot to kill and discredit all past and present superheroes. As Rorschach reconnects with his former crime-fighting legion, a disbanded group of retired superheroes, including Nite Owl II (Patrick Wilson â€“ Lakeview Terrace), Silk Spectre II (Malin Akerman â€“ The Heartbreak Kid), Ozymandias (Matthew Goode â€“ Brideshead Revisited) and Dr. Manhattan (Billy Crudup â€“ Mission: Impossible III), the only one who has true powers â€“ he glimpses a disturbing conspiracy with links to their shared past and catastrophic consequences for the future. Together, the heroes must expose a sinister plan that puts the human race and their own existence in grave danger. Their mission is to watch over humanity… but who is watching the Watchmen?