Locked and loaded with a driving fusion of new wave and post-punk, Torontoâ€™s electronic rockers The Vicious Guns are excited to take their captivating live stage show on the road, making stops throughout the United States and Canada. 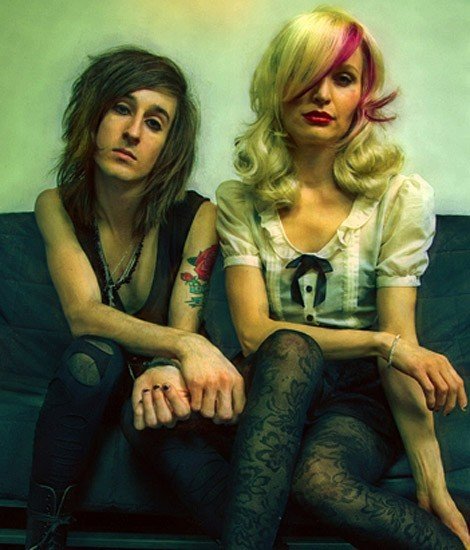 Collectively, Jennie Vicious (Tuuli, The Von Blondes) and Richey Vicious (The Scourge of the Sea) have performed and toured alongside A-List rockers such as Cheap Trick, Vampire Weekend, Hole and The Donnas, and just this past November were invited by PETER BJORN & JOHN to perform as special guests at the Toronto show on their 10th anniversary tour. 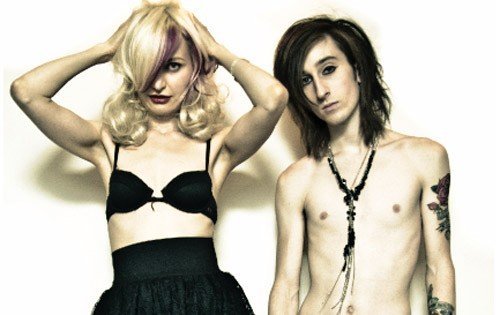 After collaborating with previous bands on studio releases under Sympathy for the Record Industry (The White Stripes, Hole), Warner Records, and Alias Records (Yo La Tengo), the duo joined forces in 2008 to produce gauzy, angst-ridden soundscapes praised by top-tier publications like The Village Voice, The Independent, and The LA Times.

The Vicious Guns have seen enormous success in 2009, with the release their self-titled/self-produced EP and tour dates across the UK, Canada and the UK, for a show Loveâ€™s Sweet Exile Audioblog referred to as â€œOne of the sickest live shows I’ve ever attendedâ€¦ [with] a Lady GaGa-esque ending to their wickedly solid performance.”

In addition, award-winning composer and lyricist, Stephen Trask, handpicked the duo to portray The Angry Inch in the Ghost Light Production of his cult musical, HEDWIG AND THE ANGRY INCH. The Toronto-based show ran October-November 2009 and received outstanding reviews from Broadway World, NOW Magazine, Metro Stage, and many others.

Currently, The Vicious Guns are putting the finishing touches on their debut full-length album, set for release in summer 2010.
www.myspace.com/theviciousguns