By Ryan Kennedy
NOW the dust has settled on the Arctic Monkeysâ€™ rise to glory, thereâ€™s apparently another Sheffield band we all should be watching out for. Good job theyâ€™re coming to Belfast then. 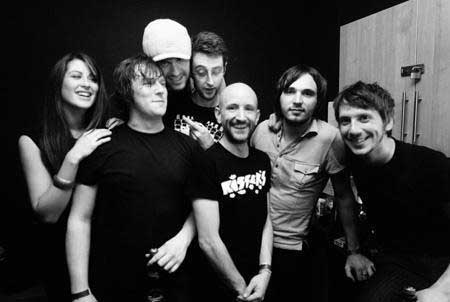 Reverend and The Makers will play the Spring and Airbrake on Wednesday April 9 after a gig at Dublinâ€™s Academy on April 8.
Lead singer Jon McClure has apparently made a bit of a name for himself as a bit of a troublemaker for the mainstream music industry â€“ turning down a reported Â£150, 000 record deal while on the dole because he wanted to do things is own way. Sure enough it paid off and the band have gone from selling out local venues to tearing the Indie charts apart with Heavyweight Champion of the World, Open Your Window and He Said He Loved Me (believe me you have heard them).
At 25, (not-actually-a) Reverend McClure has said: â€œIt’s my duty as an artist to provide a dissenting voice, because there aren’t any dissenting voices anymore are there?â€ and have been called: â€œThe best band in the world,â€ by Mark Jones of Wall of sound Records â€“ so really thereâ€™s no pressure to follow up their album The State of Things with something equally prolific.
The band seem to be one of the first to head up what many people are calling The New Yorkshire Movement â€“ I know, I laughed too. But think about it, we gave Manchester a fair go in the 90â€™s, and weâ€™ve already seen bands like the Smiths descend from the North, to be followed by Oasis, there had to be a new wave sooner or later.
These guys are already very well established, but are still young enough on the UK-wide scene to go either way, but judging by recent offerings are more than worth the tickets, which are on sale now. Amen.
REVEREND & THE MAKERS
iamreverend.com
myspace.com/reverendmusic
Reverend and The Makers
WEDNESDAY 9th APRIL
SPRING & AIRBRAKE
Doors 9pm
Tickets: Â£13
**TICKETS ON SALE FROM THURSDAY 7th FEBRUARY AT 9am **
Tickets available from Katy Dalyâ€™s, Virgin & all usual Ticketmaster outlets. Credit card bookings & info: 0870 243 4455
Book online at geturticket.com