Get ready to see dancing like you’ve never seen it before! 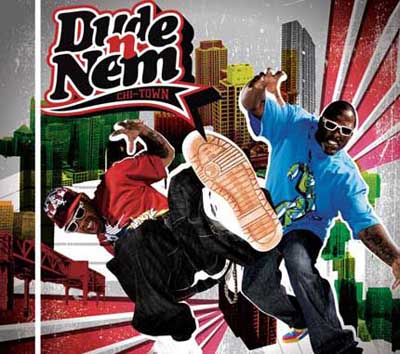 The fastest growing street dance phenomenon in the US is heading to the UK. And boy are we in for a surprise!

Best known as Footworkin, the dance has been described as Hip Hop Riverdance and with its insanely gripping moves comes the feel-good, high-energy, juke song Watch My Feet.

The track came about when the Chicago style dance grabbed the attention of rap duo Dude N Nem! Chicago’s Tragic (23) and Upmost (24).

Watch My Feet is the soundtrack to this summer in downtown Chicago and represents the first opportunity for the sound of the city and the Footworkin craze to go global.

Just as Break Dancing grew out of battles on the streets of New York, Footworkin has a similar adversarial nature with crews battling it out against one another to determine who has the best feet.

And the competition got tougher across the pond when the Watch My Feet youtube.com competition was launched, inviting anyone to create their own Footworkindance routine to post on the website.

With the chance to win $1000, plus the opportunity for the winning video is to be used in a special promotional campaign, videos have been posted in their thousands leaving Tragic and Upmost with the unenviable job of choosing the winner.

Watch My Feet, is being released simultaneously in the US and the UK, has already been added to the Choice FM playlist and the video can be seen on Kiss TV.
DUDE N’ NEM
WATCH MY FEET
Released 22nd October (digital)
29th October (physical)
on TVT Records
dudennem.net