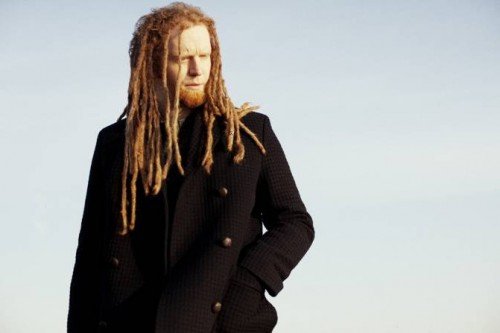 He is back! Acoustic guitar virtuoso Newton Faulkner has announced a UK tour this October. He will also release his single ‘Clouds’ on July 1st taken from his third album ‘Write It On Your Skin’ on July 9th.

Newton wrote ‘Clouds’ in a garage in the LA sunshine with his brother Toby and Sam Farrar (Phantom Planet). The track sums up one of the over-riding themes of the album, which is ‘I know things appear to be bad now but they will get better’.

He is the feelgood man of the season, the summertime troubadour who brings singalong vibes. As he says now with a laugh, despite his trademark rust-red dreads, he only seems to get recognized when it’s sunny outdoors:

“For some reason if it’s raining it can’t be me – but if the sun’s shining, then it’s definitely me! I’m completely affiliated with the sun. I get that now.”