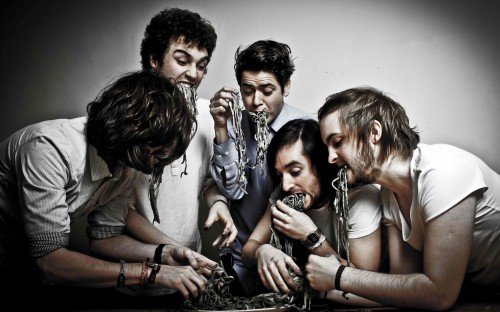 Check out Hey Sholay’s new video for the forthcoming single ‘Burning’, released on June 11th through Fierce Panda.
Hey Sholay are a five-piece group of musicians, filmmakers and artists from Sheffield and Leeds, who play a breed of psychedelic independent pop with a hint of the Northern Lights captured in a jam jar.

They have been described as imperious masters of the contemporary anthemic chorus, with bright vibrant tunes and a beat guaranteed to make you tap your toes.