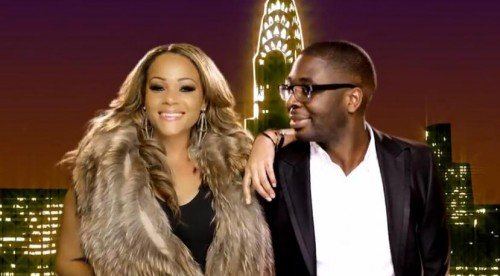 Watch and listen: Doleboy Millionaire’s new single ‘Good Life‘, which features Fem Fel and beautiful 90s R&B singer Shola Ama, showcases the signature sound of their music, which they describe as ”great records that contain a lot of sunshine.”

“We never over crowd a beat. That is what Doleboy Millionaire is all about; destructive simplicity through speakers. We love album concepts and believe that you should be able to listen to one without stopping.”

“We are not slaves to one vocalist and we fuse electronics with live so we have a new feel but have old skool ambitions. Hellishly good tunes are what we live to make – that is obvious to say, but very important to us. We have seen enough to realise that sanity is an undervalued commodity and we like sanity.”

“For us the studio is a working playground – we laugh, drink coffee, chat, play a bit more until something feels Doleboy Millionaire-ish.”

Doleboy Millionaire’s first album ‘ALERT THE MEDIA’ will be released in 2013.