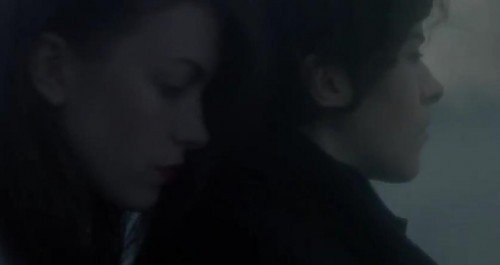 Watch and listen 2:54 new video for their forthcoming single ‘Creeping’, released on June 18th on Fiction.

Directed by talented Scandinavian duo Frode & Marcus (who have previously worked with the likes of Lykke Li), ‘Creeping’s malevolent melodies are perfectly complimented by the eerie waterscape and desolate countryside of this stunning video.

To celebrate the release of their debut long player, ‘2:54’, the band will play a special free set at London’s Rough Trade East store this Thursday May 31st, ahead of their biggest ever headline show yet at London’s legendary Scala venue next Thursday, June 7th, joined by a stellar supporting line-up of both Gross Magic and Echo Lake.
They then embark on an epic month-long voyage of the US, before returning to blighty for a summer of festivals.
2:54 – ‘2:54’ ALBUM ORDER LINKS:
iTunes
Signed physical
US via Fat Possum
facebook.com/twofiftyfour