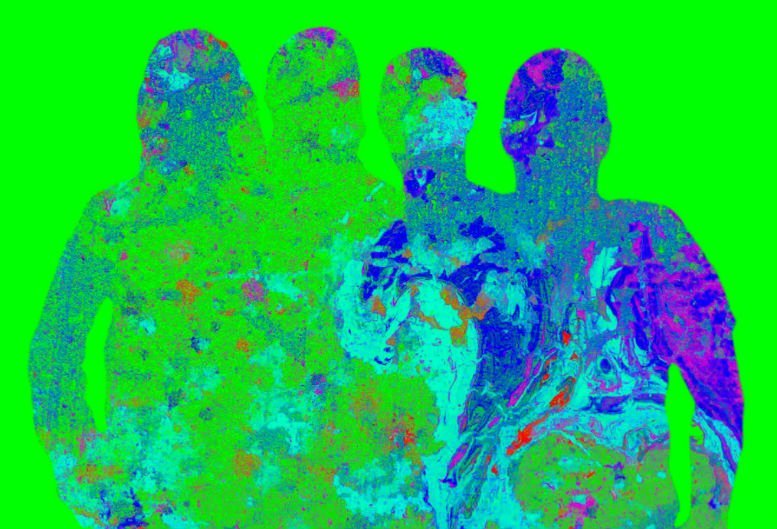 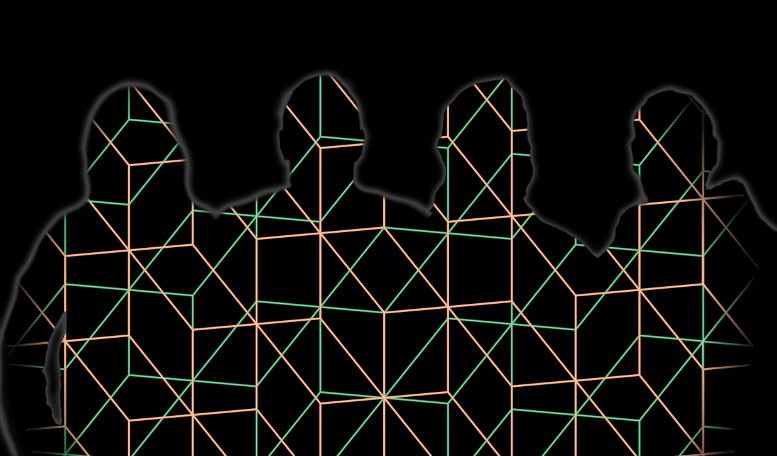 If you ever dreamed as a kid, as I did, about forming a band with your mates and taking over the world you probably didn’t think it would be with people who had never all been in the same room together, but is exactly what Warriors of the Dystotheque have done.

Their new EP Return to Coney- out on now via Tigre Fair – is the latest release from the four DJ’s scattered across the globe in Northern Ireland, France and New York. Done via the internet, sending music back and forth to allow each member to add their own parts to the mix. The result is an interesting mix of trip-hop and EDM.

The EP is a based around title track ‘Return to Coney’, which features Ella Joy on vocals, is accompanied by a number of remix’s including one by heavy hitter Miaoux Miaoux. Despite this I don’t feel that the original idea behind ‘Return to Coney’ is strong enough to warrant five tracks of experimentation around it. As part of an album or EP consisting of a number of different tracks then I could see it fitting but I’m not sure it does enough on it’s own.

That being said I will definitely be keeping an eye on the group going forward as the duo have a strong pedigree behind them, especially from Jonny Mac who has worked with Shaun Ryder and Bez (Happy Mondays) as well as Phil Hartnoll (Orbital) in the past, and the idea of an internet-based band is a really interesting one…

Hi Guys we are Mike and Nick Rufolo, Sean Graham and speaking to you today Jonny Mac!

Massive Attack, Portishead, Morcheeba and Death in Vegas. These are the bands that have been influencing us for the last 20 or so years with the addition of say Ghostpoet and Nadine Shah – they are killing it right now.

Your single ‘Return To Coney’ is related to the 70’s cult film “The Warriors” – can you tell us a little more? Is there any personal connection with the song, or is it a fully concept based EP?

It’s possibly my favourite movie of all time and the final scene when the Warriors return to Coney Island is the greatest, so it’s a nod to that really. It certainly developed into a concept, but initially it was just about toying around with bass and beats. Sean sent the seed track over to me I started applying the Warriors idea. We decided that we should develop the soundtrack influence, and when it came back from New York it sounded like Ennio Morricone had been working on it. It totally blew us away. We discussed vocals and hooked up with Ella Joy but rather than have her feature on the soundtrack version we went back to the dark original sound and and made ‘Return to Coney’ and the spaghetti western “soundtrack” turned into ‘Escape From Coney’.

Ireland, The US, France…How did the writing process work for this EP, as you guys are hundreds of miles apart?

Sean and Myself DJ-ed and produced big beat, breaks and club music together in the late 90s through to the mid 00s until Jonny returned to Ireland, and Sean became nomadic. The Rufolo brothers have their own lo-fi set up in New York with an absolutely insane array of instruments and kit. We’ve got this kind of new school meets old school set up going on either side of the divide. We don’t follow the norm and just do what we do. As a group we’re on the same level. We work in a kind of call and response way. We all know each other’s influences and style, and we share quite a lot of interests, so we know what to expect when stems get sent back and forth. It’s all about jamming and reacting to the music. We all get locked into the zone when music hits our inbox, and in the case of Coney, after sending the base track and receiving stems back between Sean and myself, we were able to pull out two tracks from one. We think you’ll agree, they are both incredible and unique.

Why did you guys decide to look to the internet when starting this band?

I laid down some beats and keys on what was to be Hashtag. During this time there was no band. I came across Mike and Nick from a friend Shaun Stenton’s who id just collaborated with on a few house tracks Fakebook Page, where they were on a YouTube link, jamming some serious Zappaesque funk, which blew me away, so I decided to send them an email, and we got chatting. Then I sent them the Hashtag stems to see what they could come up with. A few weeks later I got back their stems, they had added a three part bass clarinet, some guitar, and some off the hook effects. I chopped it up, arranged it, and added some more beats, It was sounding pretty good at this point, so I let my good friend Sean, also from Coventry, hear it. He liked what he had heard and made a few suggestions. I’d studied music with Sean back in 2001, and also DJ’d with him for several years, so I thought I’d put a project together, and ask Sean and the brothers from NY, if they were up for that. So the Warriors were born. Mike and Nick in NY had been jamming in the Bronx and met a cool cat, Tony Jarvis, who also heard the track and instantly wanted to sing on it, so the stems were uploaded again back off to New York, were Tony laid down his smooth vocals. Sean and I produced it, and after few twerks Hashtag was complete.

Atom Vibe bore the same thought process, myself laying down bass and beats, uploading stems off to NY, the brothers back on the clarinet, some Rhodes keys this time and slide guitar, then myself and Sean tweaking and twerking it. We thought we needed another vocal on this one, so Sean enrolled Melissa Graham, no relation, who had sung in 90’s girl band Solid HarmoniE. Melissa recorded her vocals in Nottingham and sent them back to us, were between myself and Sean we produced it. Atom Vibe done.

Thats pretty much how the 1st EP The Future Is Ours came to fruition and from that we’ve now 19 tracks recorded with this current Ep Return To Coney out now and being really well received with several plays on 6 Music breakfast and Nemone’s Electric Ladyland show.

I can see from your picture that you like to keep an element of mystery into what the band looks like, how do we get to see what you guys look like? Are there plans for any upcoming shows?

That’s not intentional, to tell the truth, it’s just with us being all across the globe and getting so involved in the music we didn’t take time out to get an snaps taken so we tried to hash together some images but they weren’t of high enough quality so we went with this image…or are we really One Direction? Shows wise at the moment with the logistics its a bit of a nightmare and it would be rather expensive but hopefully after the next release there will be enough hype to warrant a live tour then we will definitely make that happen but for now theres looking like several WotD DJ sets at some festivals over the summer.

If, individually, you wanted to start writing music of a different genre, what would that be and why?

Well, that’s actually happening right now! We all do different things and I’ve just started a new project with an old friend as well as having a house/tech project as M-Capio with steady releases as last few years Mike and Nick turn albums out for fun and Sean has a few projects Human Fly and Meli Melo.

What makes your music different from the other artists out there at the moment?

We are a group of guys who have never sat in the same studio or jammed together and simply work off each other’s vibes and pretty much trust that when you send your part to the next studio they will add something that you never would of added so everything has a new fresh sound as were not all hanging out listening to the same music and influencing that band I guess.

I have images of Sean slightly inebriated from New Years Eve 2001, trying to gobble a turkey that was liberated from a battery farm. They’d just got back from DJ-ing at an outdoor gig in Coventry City Centre, alongside Bentley Rhythm Ace and Jean Jacques Smoothie. Sean got everyone kicked out of the hotel afterparty that was kindly laid on by the City Council for the event. He started rubbing a Crème Caramel in his face because he thought it felt funny, and after being told to behave, he started a massive food fight. Some people saw the funny side of it and others had to sleep rough. Needless to say that was the last event they did for the City.