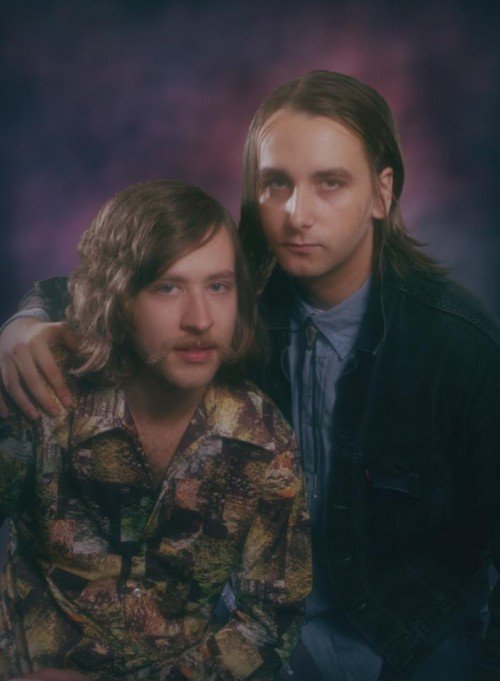 Portland’s Wampire (Rocky Tinder and Eric Phipps) came to Polyvinyl’s attention when the duo opened for STRFKR at a hometown show and that Unknown Mortal Orchestra’s Jacob Portrait produced, their debut full-length, ‘Curiosity’.

Check out their excellent ‘The Hearse’, ‘Spirit Forest’ and their clever cover of Kraftwerk’s ‘Das Modell’:

On defying easy categorization, Phipps says: “We realized the record began to stray away from having a ‘sound’ and gradually be- came a platter with an assortment of sounds. The record showcases a flavor we haven’t quite dug into before.”

Tinder adds: “It’s sexy, sounds huge, and by all means should be blamed for future babies.”

Their clever album has plenty of melodic, fresh, skewed and unpredictable indie-rock.

“CURIOSITY” LP / “THE HEARSE” SINGLE OUT MAY 13TH ON POLYVINYL