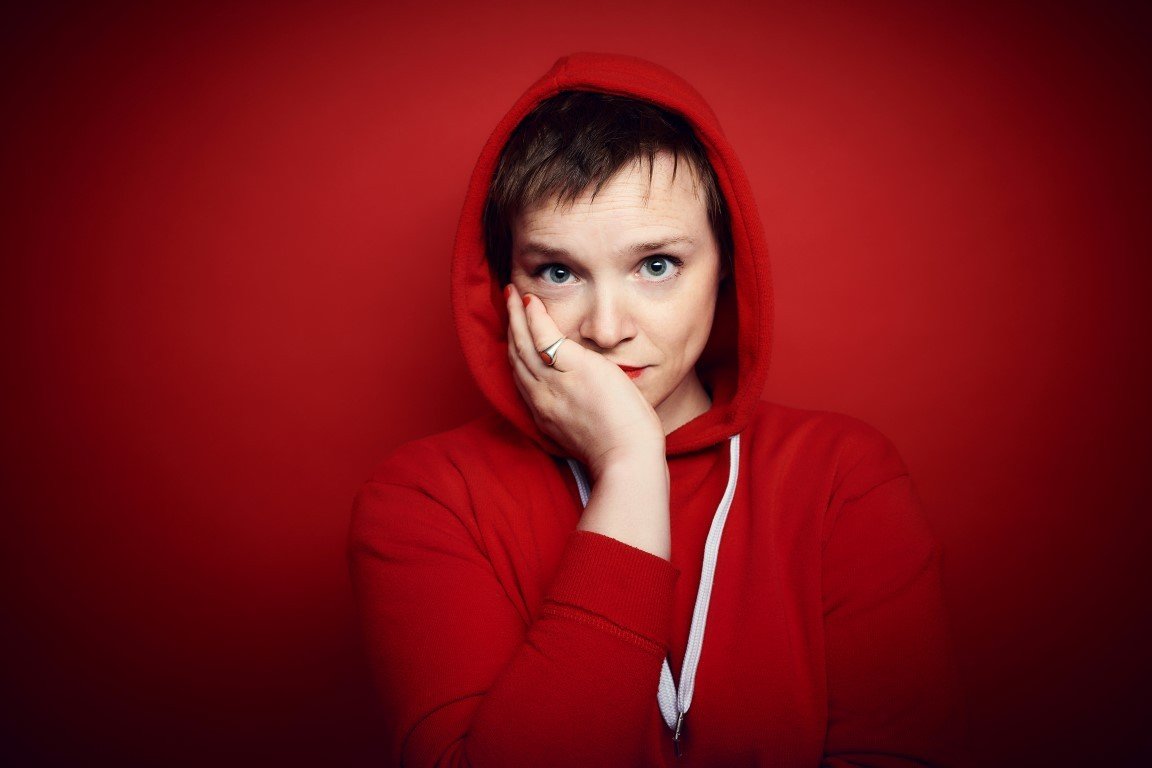 To celebrate the release of her brand her album Woman, Wallis Bird has recorded and released her One Woman Show’- a full album live performance, performed almost entirely by Wallis alone. It’s a fascinating watch, an artist in full control, using her voice to full effect. Playing mainly her acoustic and electric guitar, but also the piano and ukulele, and with the help of a loop pedal, Wallis strips back the songs giving the powerful and often political lyrics even more weight. It’s a captivating 40 minutes.

Wallis Bird reveals: “I have recorded a full album concert of ‘Woman’ with a beautiful ‘one shot’ live camera performance in a former crematorium in Berlin – without any audience. It’s the most unique performance based project I’ve ever worked on and I’m so damn proud of the team that have recorded it because it looks and sounds great.”

Woman is Wallis Bird’6th album, out now via Mount Silver Records/Caroline International.  A remarkably polished yet emotionally raw collection, Woman is a daring synthesis of Bird’s songwriter roots and passion for, among other genres, soul, it’s eleven songs long but 37 minutes short: pointed, powerful, and packed with truths and levity. Written and almost exclusively performed by Bird, with regular associate Marcus Wüst as co-producer – Woman is Bird’s transparent attempt to speak out against injustice and counteract apathy through bold, blunt confessionals. “Like most artists, I’ve probably shirked my responsibilities at times so as not to rock any boats,” she confesses. “But I decided it was time to change that.”  Bird’s goal now is to animate and agitate.

Wallis Bird has released five albums since 2007. She has won two Irish Meteor Awards, Ireland’s annual music prize – mostly recently for Best Female Artist – and her prestigious 2017 German “Musikautorenpreis” (Music Author Prize), as well as two nominations for the Choice Music Prize, Ireland’s equivalent to Britain’s Mercury Prize. This year she was also nominated as Artist of the Year at the 2019 International Folk Music Awards. She has performed some 800 shows this past decade, with her gigs often heralded as legendarily passionate, energetic and good-humoured. Among her admirers is Amanda Palmer, no live slouch herself – “My jaw hit the floor,” she’s said of watching Bird play – but Bird’s modest enough to be equally, if not more thrilled by her growing international reach, with a substantial European following boosted during her last tour by concerts in Australia, New Zealand, Canada and Japan.

This time round, though, Bird knows there’s more at stake. At Woman’s heart lies the concurrent urge to tackle injustice and celebrate the good in human nature, themes demanding immediate attention. “I want more empathy in the world around me,” she concludes, “so I’ve started by writing it into my life. I want to fill rooms with these words. I want to hear these sentiments uttered out loud, and for people to get used to hearing themselves say them. Ultimately, I want these words written into their lives.”