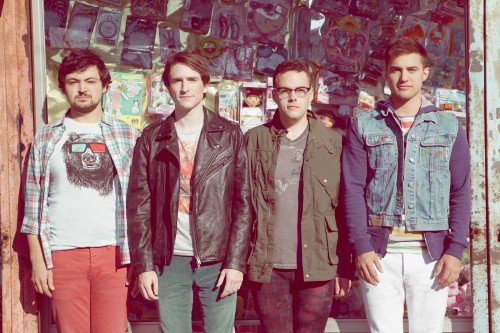 Check out Cincinnati, Ohio band Walk The Moon’s ‘7in7, a series of officially unofficial music videos, hand-made, band-made without a film crew or a budget. While out on tour, with one camera, the band filmed seven videos in seven days for songs from their self-titled album
Walk The Moon will be releasing the rather good ‘Anna Sun’ on 30th September through RCA Records and is taken from their self-titled album released on 8th October.
Lead singer, songwriter and keyboard player Nicholas Petricca started Walk The Moon in 2008 and includes Kevin Ray (bass, vocals), Eli Maiman (guitar, vocals) and Sean Waugaman (drums, vocals).
walkthemoonband.com
@WALKTHEMOONBAND