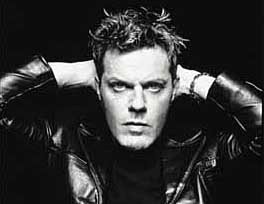 The star, who was brought up in Bangor in County Down, will appear in The Lost Christmas due for broadcast in 2011/2012 on CBBC.

BAFTA, Olivier and two-time Emmy award-winner Eddie Izzard as Anthony, a mysterious man who appears on Manchester’s snowy streets at Christmas Eve with a remarkable gift: the ability to find the lost.

â€œAnthony is a strange, enigmatic being who wakes up in the middle of the street, not knowing where he is or what he’s here to do. But he has a remarkable ability: the power to find the lost. â€œOver the course of one magical Christmas Eve, Anthony transforms the lives of five ordinary people, people whose lives have been shattered by decisions of their past, decisions they have come to regret. â€œBut the question throughout the drama is, is Anthony’s ability to heal real, or just an illusion?â€

The Lost Christmas will be written and directed by Emmy, BAFTA and Berlin Bear award-winner John Hay. The drama follows hot on the heels of CBBC’s other recent original family drama commissions â€“ Ingenious by Jeanette Winterson starring Una Stubbs, and a Simon Nye adaptation of children’s classic Just William.

Recent figures show that CBBC is one of the most-loved channels for children, and it reaches more six to 12 year olds than any other children’s channel in the UK.

Almost a third of all six to 12 year olds in digital homes in the UK tune into CBBC on a weekly basis.