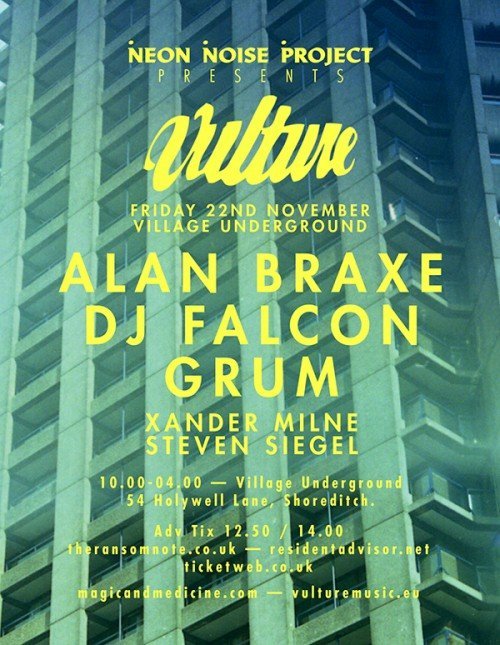 WOW! Check out this banging Vulture 2013 Mixtape curated by Alan Braxe and mixed by Xander Milne.

Both will be partying it up with Grum, Steven Siegel at the amazing Vulture Music party on Nov 22 at Village Underground.

Vulture Music, founded and managed by Alan Braxe, whose collaborations with Thomas Bangalter of Daft Punk are now firmly transcribed in the annals of Electronic Music’s history will bring his colossal record collection to the party and promises to throw in some new surprises as well.

Braxe collaborated with Bangalter as Stardust on ‘Music Sounds Better With You’ and Falcon’s musical project also with Thomas Bangalter as TOGETHER, spawned two hit singles ‘So Much Love To Give’ and ‘Together’.

Cosmic electro wizard, Grum, will celebrate the release of his sophomore album, ‘Human Touch’ with an anthemic display destined for a dancefloor explosion. Also showcasing their deck talents will be Xander Milne and Steven Siegel.