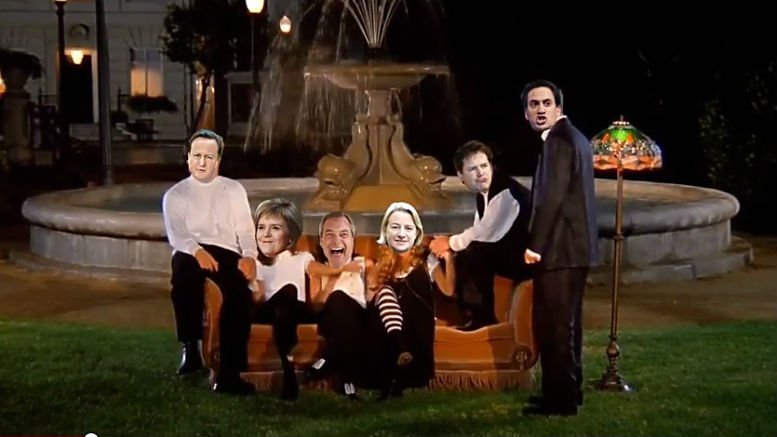 You’re going to have to live with them for the next five years, but…Could you live with Cameron, Clegg, Farage and Miliband & Bennett?

Which one would steal your food? Which one would cut their toenails in the lounge? Who could deal with a rat in the kitchen? In this brilliant parody mash-up film from Vote for Policies, the party leaders are put to the housemate test.

Isn’t it time you found out what they’re really about? Take the #policychallenge at voteforpolicies.org.uk

The good people at Vote for Policies were able to make this video thanks to David Cameron’s October 2014 UK Parody Law.