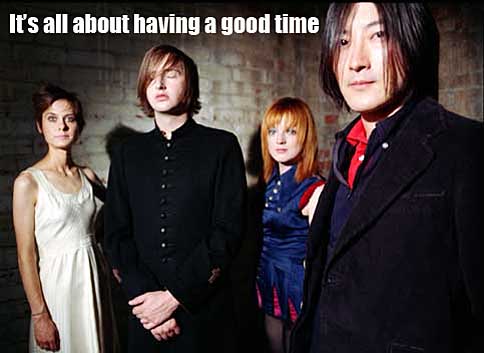 Michigan based Rock band Von Bondies have announced a return to Belfast to play The Limelight on Sunday 10th May. With the February 2009 release of Love, Hate and Then Thereâ€™s You, the Von Bondiesâ€™ third studio album and their debut for Majordomo Records those fans will experience a band thatâ€™s come a long way since 2004â€™s smash album Pawn Shoppe Heart. Now in their ninth year together, Stollsteimer and drummer Don Blum, the Von Bondiesâ€™ other founding member, have taken their music to new places while holding on to the core values theyâ€™ve always exhibited.. Tickets for the Belfast show are on sale now from all usual outlets. 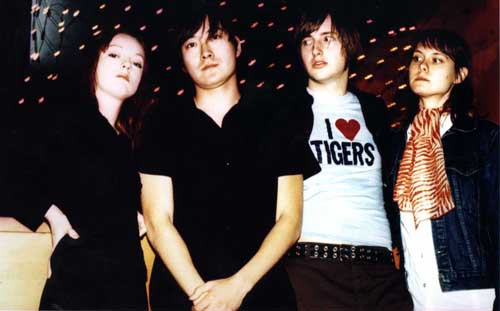 So far, so frenzied. That it has been a long and grinding road to this point cannot be denied, however. From Stollsteimerâ€™s rockâ€™nâ€™roll apprenticeship in the perhaps unfortunately named Baby Killers at the end of the previous century through to their role as shining beacons in the devilish Detroit scene of the early â€˜00s on the back of their â€˜Lack Of Communicationâ€™ album, the Von Bondiesâ€™ core has remained committed to the cause through thick, thin and thinner still.

This is just as well, as half a decade has passed since the last time the Von Bondies impinged upon the public consciousness when the â€˜Pawn Shoppe Heartâ€™ album was driven along by the success of the anthemic â€˜Câ€™mon Câ€™monâ€™ in 2004, itself famed for becoming the theme tune to Denis Learyâ€™s rugged TV series â€˜Rescue Meâ€™. By some sweet coincidence this was also the last time the Von Bondies registered upon the radar of their major label marketing department as the following years saw the A&R rulers endeavour to hook Stollsteimer up with various pop-tastic songwriters. Bad call.

â€œThey didnâ€™t really know what they wanted,â€ considers drummer Blum. â€œBut they knew that the (new) stuff we were recording wasnâ€™t emo.â€
â€œI was like, Thank God,â€ adds Stollsteimer, â€œBecause weâ€™re not an emo band!â€

This much is true. Resilient they may be. Resourceful, certainly. Rock and bloominâ€™ roll, most definitely. But the Von Bondies were never about to make like My Chemical Romance. Instead, just as their fierce panda predecessors The Spinto Band, The Raveonettes and The Walkmen remained heartily unflustered by parting company with their corporate paymeisters, so Stollsteimer set to work creating some brand now Bondies themes.

And here they are on â€˜Love, Hate And Then Thereâ€™s Youâ€™ in their full fuzzy FM-friendly fury, proud of riff, raw of emotion and hectic of harmony. Just like all the best alternative rock records should be. â€œMost bands donâ€™t last five years,â€ muses Stollsteimer, â€œweâ€™ve been a band for nine. I feel like weâ€™ve progressed as fast as we can. You canâ€™t get anywhere by standing still and weâ€™re always about moving. Itâ€™s all about having a good time.â€