VIZ Media, LLC (VIZ Media), one of the entertainment industry’s most innovative and comprehensive publishing, animation and licensing companies and Manga Entertainment Ltd., a division of Starz Media, LLC an entertainment company specializing in the marketing and distribution of Japanese animation, announce an exclusive DVD distribution deal for the UK and Ireland beginning in April 2008.On April 28, Manga Entertainment will begin distributing in the UK and Ireland a wide range of DVD titles based on VIZ Mediaâ€™s successful top selling licensed manga series. The ranges of titles include the smash hit animation series DEATH NOTE and BLEACH, as well as new series such as MÃ„R and BUSO RENKIN. The first title to be released on DVD under this agreement will be DEATH NOTE Vol. 1, debuting on April 28. 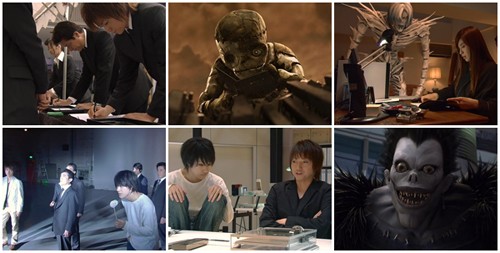 â€œWe are incredibly excited to be able to work with VIZ Media in delivering their fantastic catalogue to anime fans in the UK and Ireland.” says Colin Lomax of Anchor Bay Entertainment/Manga Entertainment UK. “We also look forward to working with VIZ Media in growing the anime market in these territories and implementing creative strategies to reach an even wider audience in the home video sector.â€

â€œVIZ Media has been privileged to represent some of the strongest animated content from Japan; and we have many exciting new projects in the pipeline,â€ says John Easum, President/GÃ©rant of VIZ Media Europe. â€œBy expanding our close partnership with Manga Entertainment through this DVD distribution agreement, we will offer our fans in the UK and Ireland, a variety of rich and exciting new series from Japan.