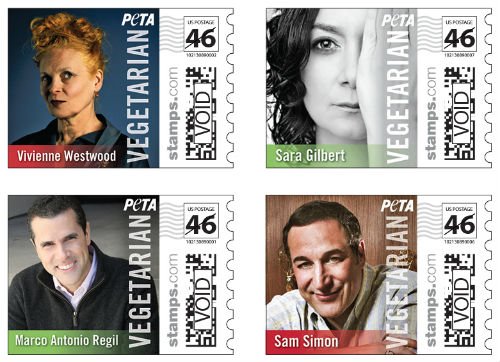 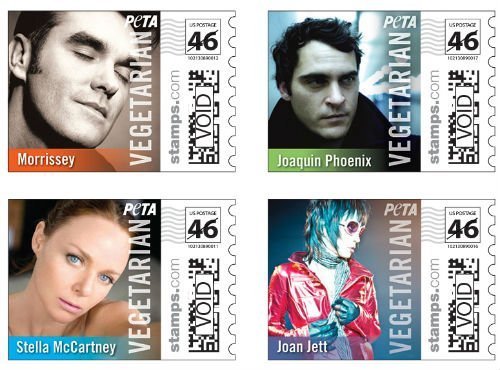 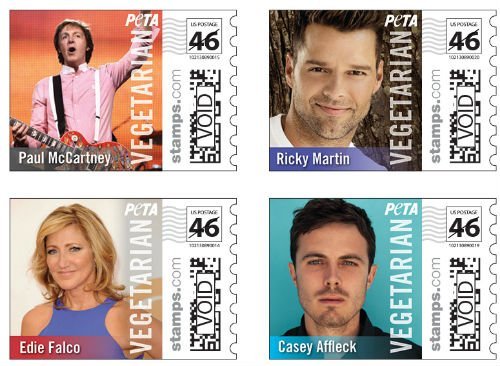 Westwood went vegetarian because the English fashion designer believes that we should “not consume but live in harmony” with the world.

And Stella McCartney – who, like Westwood, refuses to use fur in her designs – credits her father with instilling vegetarian values in her. “One of the things I was taught growing up was, ‘Do unto others as you would have done to yourself'”, she says. “It’s a way of life.” 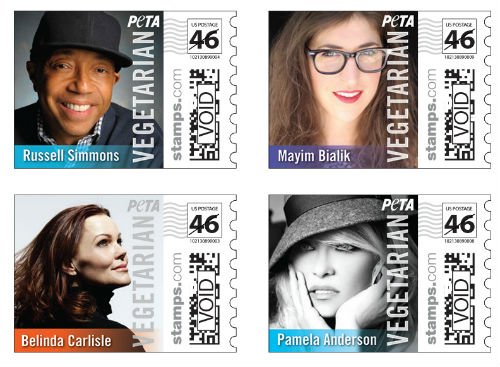 Manchester’s Morrissey, of course, famously titled The Smiths’ 1985 album Meat Is Murder, and he’s still playing the title track live on tour. And he’s not the only Brit who’s outspoken about being kind to animals.

The exclusive stamp sheet is available for purchase at PETA.org